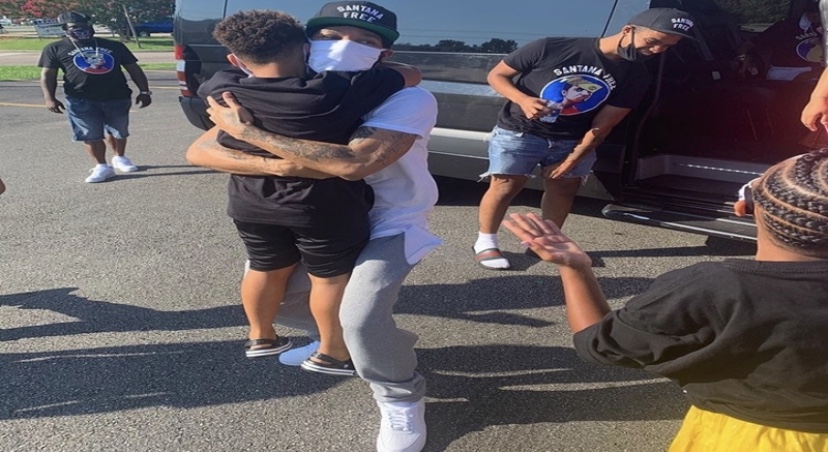 Dipset rapper, Juelz Santana, has been in prison for over a year after carrying an unconcealed weapon in his luggage at an airport. In March, he also released his ‘Free Santana’ mixtape which contained features from Dave East, Lil Wayne, 2 Chainz, and more.

Santana’s wife, Kimbella, revealed that he was supposed to be released last week but “some s*it happened.” Today, Santana posted a video on his Instagram account showing Kimbella waiting outside of the prison for him to walk out. He was supposed to be out any minute and it was all up to him when he left.

Santana is now officially a free man. He has posted photos to his Instagram account just now celebrating his release as he said he’s free at least, he misses his family and that God is good. Santana was initially scheduled to be released in February of 2021 but his legal team fought hard to get some time off of the sentence.

Continue Reading
You may also like...
Related Topics:juelz santana, kimbella