Home » Articles » Juice Wrld Allegedly Swallowed Pills on Private Jet and Had Codeine Cough Syrup on Him Before Dying From Seizure When Arriving at Chicago Airport; Police Say 70 Pounds of Weed Were Found in Luggage As Well 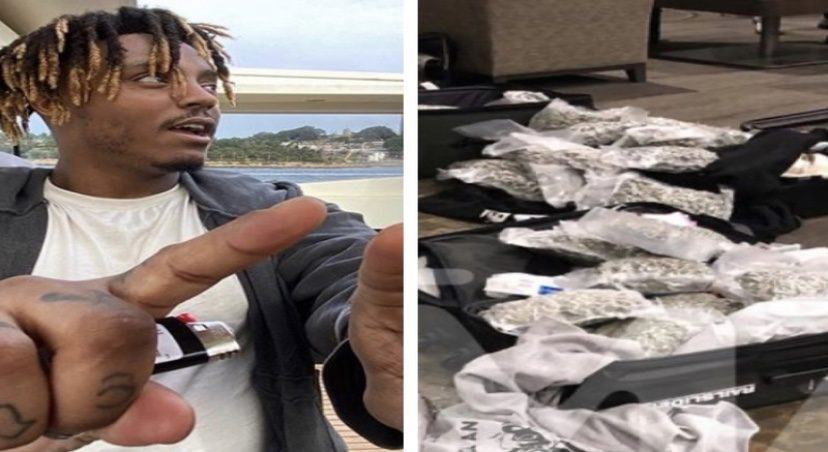 Early Sunday morning, Juice Wrld sadly passed away at the very young age of 21. He suffered a seizure at Chicago’s Midway Airport and was conscious until he arrived at the hospital. He had just landed on his private jet from California and seemed to look fine before the seizure.

More information is now surfacing as to what may have caused Juice’s death. According to TMZ, police say others aboard the plane told them that he was popping pills during the flight. 70 pounds of marijuana was also seized once the suitcases got to Chicago.

The type of pills were unknown. One of the guys around Juice did say that he had a Percocet problem and that he had a bottle of codeine cough syrup on the private jet. No cause of death has officially been announced as of now but the Cook County Medical Examiner will conduct an autopsy today.

More in Articles
PnB Rock reveals his girlfriend, @yiminx, is pregnant in sweet video of him kissing her stomach, as the two are expecting a baby girl [VIDEO]
Ivy Park dominates Twitter, after Beyoncé promotes new products by sharing sexy, creative IG posts, including a booty pic; January 18 is the drop date! [PHOTOS]