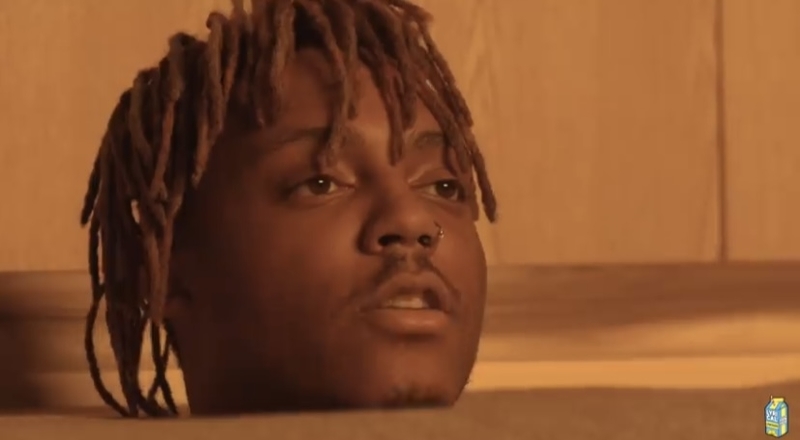 Juice WRLD’s “Lucid Dreams” goes diamond in the US

Over two years ago, hip-hop lost one of its newest superstars, in Juice WRLD. The Chicago rapper ended up losing his life to a drug overdose, following a flight from Los Angeles, to Chicago. Juice reportedly swallowed various pills, to avoid being confronted about drug possession, by authorities.

At the time of Juice WRLD’s death, he had plenty of massive hit singles under his belt. Among them, were his 2018 breakout hit, “Lucid Dreams.” This went on to peak at number two, on the Billboard Hot 100 chart.

Now, Lucid Dreams has achieved another massive milestone. According to Chart Data, it is now certified diamond, in the US. This is after selling over 10 million units. Lucid Dreams went on to appear on Juice’s 2018 debut studio album, “Goodbye & Good Riddance.” That project debuted at number four on the Billboard 200 chart, and is also 3x platinum in the US.

Juice’s team also released his second posthumous album, “Fighting Demons,” in December. That saw a number two debut on the Billboard 200. Fighting Demons also marked Juice’s second album released, since 2020. It included collaborations with Justin Bieber, Polo G, Trippie Redd, and Suga of BTS. While Fighting Demons is still getting plenty of love, Lucid Dreams definitely appears to still be the biggest streaming record to date, for the late rapper.

Juice WRLD’s “Lucid Dreams” goes diamond in the US

More in Hip Hop News
Julia Fox claims that she was only friends with Drake, in early 2020, and wasn’t dating him
Jayda Cheaves tells Nicki Minaj that Lil Baby is “solid,” after apparent reconciliation [VIDEO]