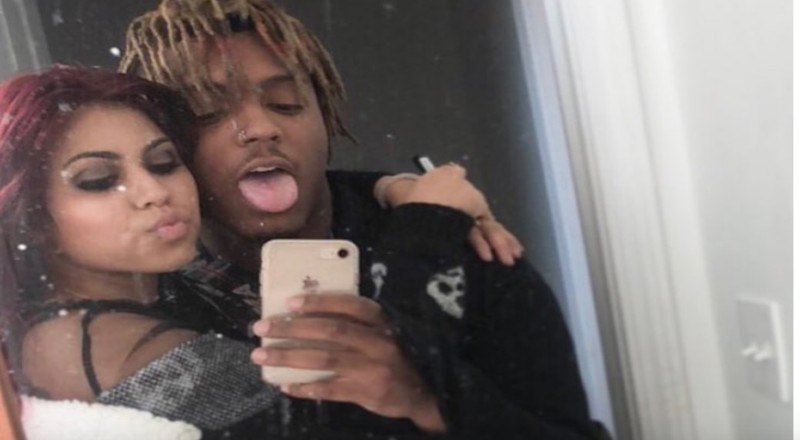 As the world continues to mourn the loss of Juice Wrld, more details regarding his battle with drugs, addiction, and mental illness continue to surface. As previously reported, Juice Wrld, who’s real name is Jarad Higgins, died of a seizure after swallowing several Percocet pills in an attempt to hide them from the feds at Chicago Midway Airport. The pilot flying Juice’s private plane tipped the feds off about him and his entourage having guns, pills, and 70 pounds of marijuana. Search dogs found guns and marijuana in his luggage after landing at the airport. Juice Wrld started to shake and bleed from the mouth inside the airport. That is when he was taken to Advocate Christ Medical Center in Oak Lawn, Illinois, where he passed away a short while later. He had just celebrated his 21st birthday six days prior.

An outpouring of love and condolences has been pouring in from fans, fellow artists in the music industry, and celebrities alike. Aside from the sorrowful love and farewells, the cautionary conversation on drug use and addiction has once again come to the forefront in the latest artist’s death. One individual who was close to Juice Wrld is opening up about the artist’s death and struggles with mental illness and drugs.

In an exclusive interview with Dailymail.com, Juice Wrld’s ex-girlfriend, Alexia Smith, opened up about her relationship with him. Smith, who’s 21-years-old, revealed that Higgins struggled with depression and substance abuse throughout their time together. The two met in early 2018 through a mutual friend in Chicago. It was a whirlwind romance for them in the beginning. Smith was flying out to see Higgins in Los Angeles as he was in the dating phase with music labels who wanted to sign him. That is when she noticed the drug enabling world offered to him. According to Smith, ‘someone from a label gave him morphine and cocaine,’ on her third day visiting. The music industry appeased his vices, having drugs on demand readily available for him.

‘He didn’t do the coke, but the point was, in the beginning, labels were fighting over him so bad they would have given him anything.’

The couple broke up in October due to arguments and fights that turned physical. She stated that she had to walk away after things got violent as he was going through withdrawals.

She also touched on his struggles with mental illness. Higgins suffered from depression and became addicted to Percocet and lean. He self-medicated to cope with his depressive episodes. She believed, at one point, he was taking up to three Percocet pills a day. Juice tried to hide the Percocet as Smith urged him to get clean. Smith said his depression was a result of various factors such as previous heartbreak, being misunderstood, and not knowing who his real friends were. She cites his mental illness as the reasoning for drug dependence.

“Even when he had every reason to be happy, he still wasn’t, and obviously, that’s mental illness. If you have family, a girlfriend, money, you have the job that you want, but you’re still unhappy at that point, your brain isn’t working properly and you need professional help. And he would tell me, ‘I need help, I need help. I’m telling people I need help and nobody believes me.”

Alexia soon became addicted to lean herself. She only realized this when she experienced withdrawal symptoms when she tried to quit. Once becoming clean, Smith, along with Higgins’ mother, would plead with him to get help.

The breaking point in their relationship came when Juice performed ‘Legends’ as a tribute for his best friend and fellow artist, XXXtentacion. The song ‘Legends’ paid respects to XXXtentacion, who was murdered in 2018, and Lil Peep, who overdosed on a bad Xanax pill containing fentanyl.

“He was up there singing about Peep and X, and someone just throws him pills the same way Peep died. I realized it was a problem. I realized it wasn’t okay. He never took Xanax again after that. That’s when he decided to get completely clean, but he couldn’t.”

The two kept in touch months after the break-up in October 2018.

“It’s not that we didn’t love each other. It just wasn’t healthy anymore. He did not want to be on drugs anymore when he died, that’s the heartbreaking part. Addiction is a hard thing for anyone. Your mind says stop, but your body says more.”

More in Articles
Meek Mill Says Percocets and Opioids Might’ve Played a Role in Him Deciding to Diss Drake Even Though He Said It Was Because of Having a Ghostwriter on His Album in 2015 [VIDEO]
Porsha Williams and Shamea hung out with NeNe Leakes at her birthday party; Is their beef over? #RHOA [VIDEO]