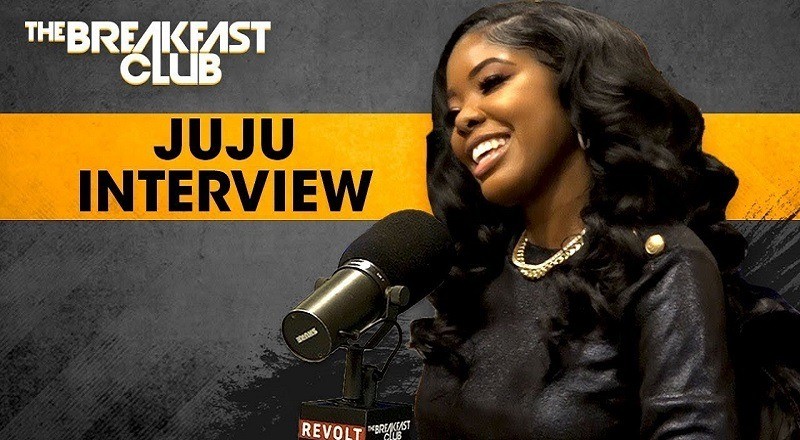 Just when Juju was telling Remy Ma about her and Cam’ron’s struggles to have a child, on “Love & Hip Hop,” their relationship ended. The news came the same week that episode ended. A lot of people wondered why Cam and Juju split.

In the eyes of many, the two were #RelationshipGoals. Ultimately, it wasn’t a relationship that was built to last. When it was all said and done, Cam’ron spoke to “The Breakfast Club” about the whole situation, basically saying he liked her better before she got popular.

Juju has now paid her own visit to “The Breakfast Club,” where she had her chance with DJ Envy, Angela Yee, and Charlamagne Tha God. She talked about the Cam’ron breakup, from her side, and how they grew apart. With Cam’ron and Mase going at it, Juju also offered her opinion on that.