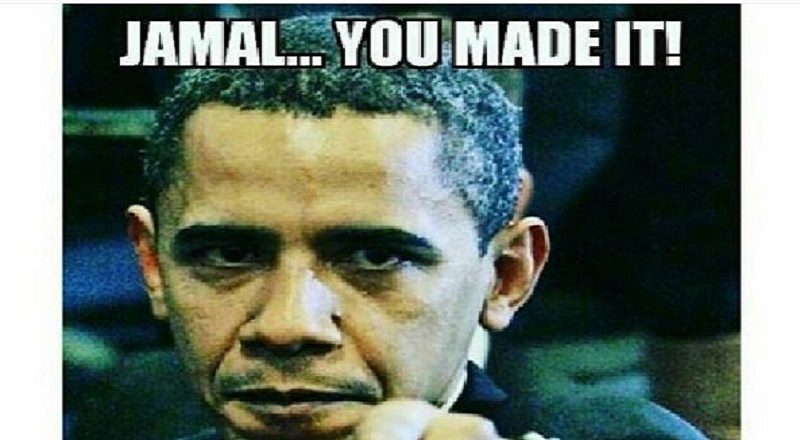 Before the “Empire” season finale, it was said that a member of the Lyon family would die. The entire episode was set up for a dramatic moment between Lucious (Terrence Howard) and Jamal (Jussie Smollett). When the show began, the two had tension over his sexuality.

Lucious told Jamal that he’d celebrate when he died of AIDS, in response to his relationship with D-Major (Tobias Truvillion). But, when Carol (Tasha Smith) told Freda Gatz (Bre-Z) that Lucious killed Frank (Chris Rock), her dad, she tried to shoot him, but Jamal took it.

It looked as if Jamal died and Jussie Smollett decided to have some fun with it. He made some tweets that made it look as if he actually was leaving “Empire,” even when spoilers made it clear he was staying. Afterwards, Jussie Smollett shared a video on his Instagram with Gabourey Sidibe, where he explained, hilariously, that he didn’t lie to the fans.