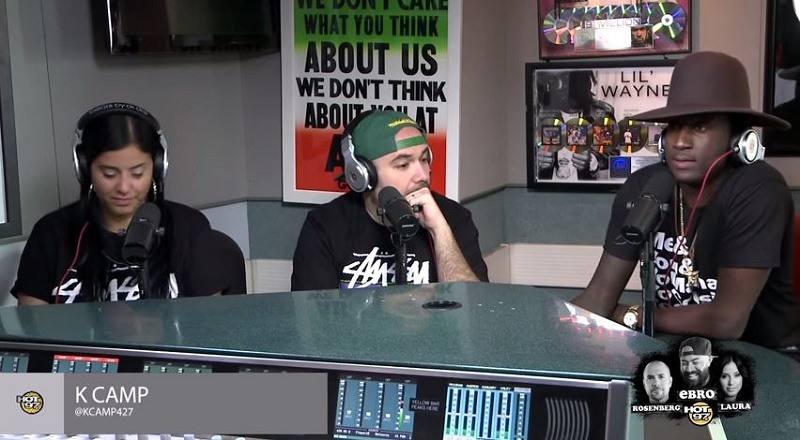 Last year, K Camp took his mixtape success through to the mainstream and much of it was due to one single. The single, “Cut Her Off,” received a major boost when 2 Chainz jumped on the record. When the spring hit, the song became a major hit.

Early this year, K Camp jumped right back into it. His first song of the year, “Lil Bit,” would also become a radio hit. The summer is here and there is much more to come from him as the year goes on, as there is a lot of time on the clock.

K Camp recently stopped by Hot 97 and he talked about some of his music. Reflecting with Ebro, Peter Rosenberg, and Laura Stylez, K Camp spoke on “Cut Her Off,” along with some other records. There are some new singles K Camp has coming up that are soon to blow up.