Home » Hip Hop News » K Michelle and this rendition of New Edition’s “Can You Stand The Rain” is being dragged by Twitter, and she’s also being accused of lip-syncing #SoulTrainAwards 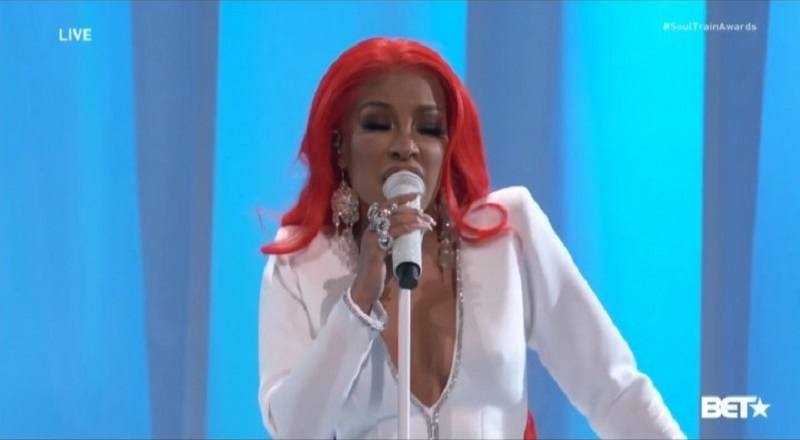 Tonight, K. Michelle launched the comeback that she’s been talking about for ages. At a time when R&B was slowly dying, K. Michelle came in and breathed new life. Early in her career, K dropped an album every year.

Now an independent artist, K. Michelle is finally making the music she wants to make. Her lead single is called “The Rain” and she performed it at the Soul Train Awards, tonight. While K. Michelle is gifted, fans on Twitter are saying this one isn’t it, as they are going in on K. Michelle over her performance, tonight.

More in Hip Hop News
Wale officially goes public with new girlfriend, India Graham, on #SoulTrainAwards red carpet [VIDEO]
NeNe Leakes was back on #RHOA tonight and Twitter wasn’t totally pleased with her return, but they said she made the show, Cynthia is a fake friend, but that she’s still being hateful and mean old NeNe