Home » Hip Hop News » K. Michelle gets blasted by Twitter for being messy, throwing shade at Moniece and Apryl over their music and tour, when Moniece was supposed to be her friend #LHHH 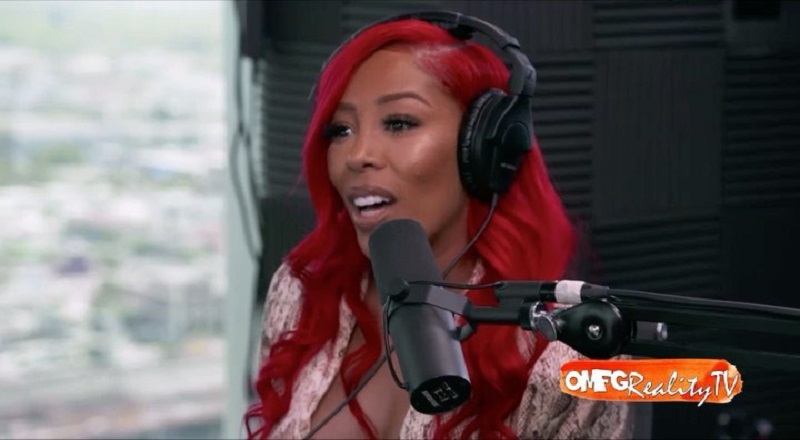 Even back in them “Love & Hip Hop Atlanta” days, K. Michelle was messy. She was down to talk and down to fight, backing up whatever she said. It just happens that K. Michelle’s music broke through and she was a natural star that #LHHATL was robbed of many more K fights.

K. Michelle is currently in her second season on “Love & Hip Hop Hollywood,” though. Here, she has gotten into her fair share of drama, beefing with Lyrica and A1, last season. It was K. Michelle who got the rumors of Lyrica and Safaree smashing going.

Tonight, on the new episode of “Love & Hip Hop Hollywood,” K. Michelle did an interview with Jason Lee. The subject turned to Apryl and Moniece doing music, and K. Michelle went in on them both, despite Moniece being her friend. Because of how she aired Moniece out, K got blasted by Twitter for going too far.

More in Hip Hop News
Tokyo Toni’s dating show, “Tokyo Toni Finding Love ASAP,” is coming soon to the Zeus Network #TokyoToniFindingLoveASAP [VIDEO]
Jason Lee is being trashed by Twitter for being messy and unprofessional, regarding Apryl, seeing how he already fired her, as one fan says he sounds “obsessed” with Apryl #LHHH