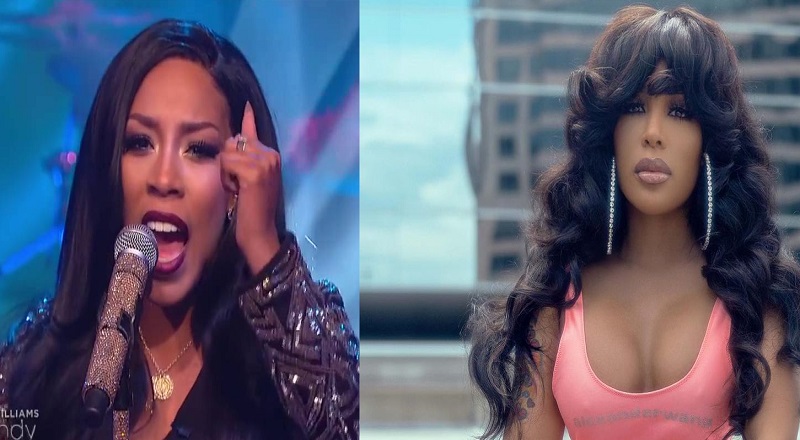 Through her career, K. Michelle has become known for always having plastic surgery. Because of what she does, K has always felt she had to look a certain way. But, most would agree that she is one of the most-beautiful women in the industry.

When K. Michelle made it to “Love & Hip Hop Hollywood,” her storyline was about her plastic surgery. Her situation was so bad that she had to carry an IV, while she was filming. This led to K getting a Lifetime reality show, about women dealing with plastic surgery.

K. Michelle, after years of denying it, admitted her butt was fake, in 2016. From there, she began going through the process of taking it back to regular size. But, over the years, she has done a lot to her face, and her newest Instagram photos have K looking almost unrecognizable, like a Barbie Doll.