Home » Hip Hop News » Kakey has a major crush on Lil Tjay, saying she wants to perform oral sex on him, in DMs with @jew.liana [PHOTO] 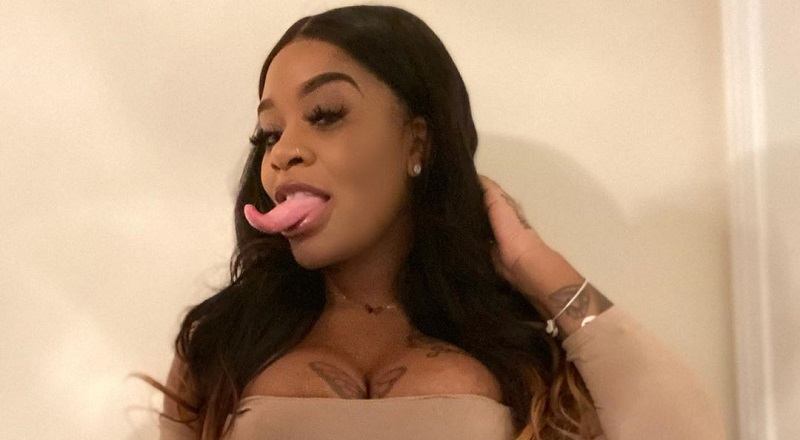 Drake openly admitted to being a big Kakey fan and he even “retired” her jersey, during Houston Appreciation Week 2017. However, there is another rapper that Kakey has her eye on. She is focused on a guy a little younger than Drizzy, who is now the veteran.

Right now, Lil Tjay is one of the hottest NYC rappers that’s taking over, and he is turning a lot of heads. Among them is Kakey, who first learned of him through @jew.liana, who played his music on her IG Story. Seeing this, Kakey said she wanted to perform oral on Lil Tjay, while playing that same song of his.

More in Hip Hop News
Rihanna spotted having dinner with A$AP Rocky in London, by a fan, who shares the video on Twitter [VIDEO]
Kenya read Marlo for the filth, telling Cynthia she’s used to pulling 80 year old d*ck out of her a**, and Twitter is stunned by the level of petty shade #RHOA