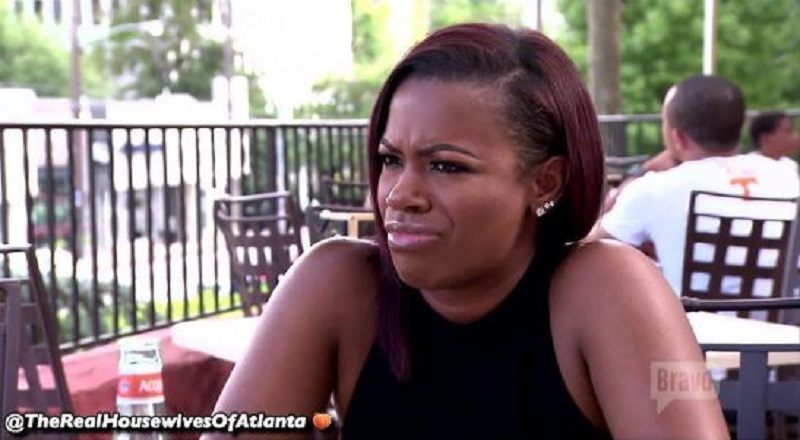 This season marks an odd, but expected, turn for those who have watched “The Real Housewives of Atlanta” since 2013. For a short time, all was well between all the ladies on the show. Once, there was a time when Kandi and Phaedra were best friends.

Now, the former best friends are shaping up to be bitter enemies. At one time, Porsha was one of the ladies trying to get into their friendship and, now, she has. Since 2014, their relationship has dwindled and, now, Kandi is on the outside, but not looking in.

On tonight’s episode, Phaedra and Porsha both outed Kandi as a lesbian. They accused her of having a fling with Shamea, Porsha’s friend, who Kenya kicked off the boat, last season. After reading tweets about her and Shamea’s “fling,” Kandi addressed it, accordingly.

More in Hip Hop News
Kandi and Shamea have a lesbian thing going? #RHOA fans hysterically react to Phaedra’s revelation
Orlando Brown sextape from yesterday morning has him as Twitter’s leading trending topic, as fans are disgusted that he really leaked his own sextape [VIDEO]