Home » Hip Hop News » Kanye West gets accused on Twitter of having on blackface, during Rolling Loud performance 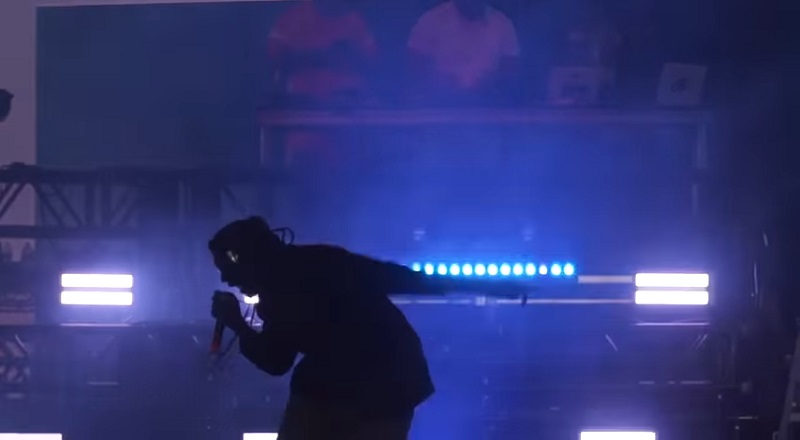 Kanye West gets accused on Twitter of having on blackface

Kanye West has always used race in his lyrics and with his career. As a result, Kanye West is often the source of controversy. In 2005, Kanye West took over the game with “Gold Digger.” After that, in 2012, Kanye West became involved with Kim Kardashian. During that era, fans said Kanye West became the person he was talking about on his 2005 hit.

Kanye West would become increasingly controversial, until 2016. Late in 2016, Kanye West opened up about his struggles with mental health. This followed a series of unfortunate events with Kanye West. Among them was his infamous rant about Jay-Z, which strained their relationship. Three years later, Kanye West staged an epic comeback, joining Jay-Z as the only two billionaires in hip hop.

Kanye West is now the wealthiest rapper of all time. There are still debates of whether or not Kanye West is the richest Black man in America. While Forbes calculates Kanye West’s net worth as $1.8 billion, Kanye West says it is not. Instead, Kanye West often says he is worth between $7 and $10 billion. Lil Durk did the impossible, when he brought Kanye out for his Rolling Loud performance. While fans were initially happy, they are upset, after noticing Ye was wearing blackface.

Kanye West gets accused on Twitter of having on blackface

More in Hip Hop News
Grandma Holla, the viral TikTok sensation, is fighting for her life in the hospital battling cancer and an infection
Brittany Renner twerks on fans during Rolling Loud [VIDEO]