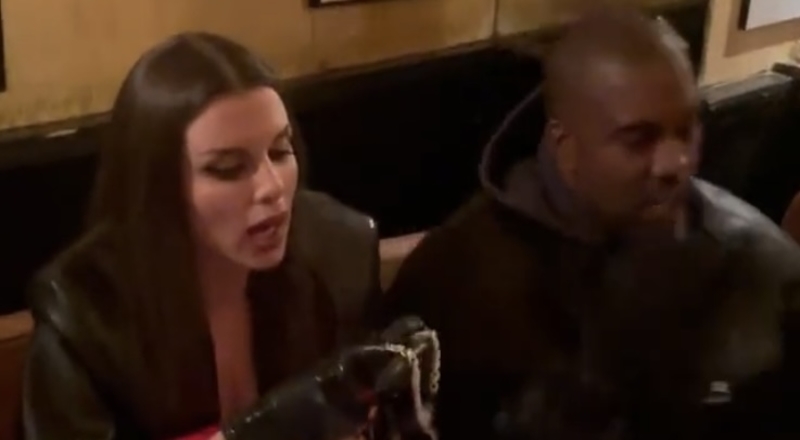 Kanye West and Julia Fox have been rumored to be in an open relationship for several weeks now, as Ye was spotted with a Kim Kardashian-lookalike, at various events.

Now, it appears that the Kanye and Julia relationship has ran its course, after over a month of dating. According to E! News, the two have officially broken up. A rep for the actress has told the outlet that “Julia and Kanye remain good friends and collaborators, but they are no longer together.”

Earlier this morning, Julia also posted and deleted a Daily Mail story, which revealed that she and Kanye split. This was as she looked very emotional, under her face mask, at an airport. Julia went on to clarify that she was on her way to seeing the only two men in her life that matter, her father and her son.

‘TEARFULLY.’ @dailymail y’all are straight trash. I haven’t cried since 1997 and I especially wouldn’t cry over THIS!! If anything I’ve been laughing more than before and if I look like shit it’s cuz I got out at terminal 1 and ran on foot to terminal 7 cuz I was fkin late for a plan to go see the only men that matter, which is my son and my dad.”

This morning, Kanye also took to Instagram, to emphasize that he has no beef with his estranged wife, Kim Kardashian. He also doesn’t want to “give up on his family.” Ye has hinted at wanting Kim back for a while now, as he initially began dating Julia, since New Year’s Day. They were spotted having dinner at Carbone, in Miami.

More in Hip Hop News
Kanye West says he doesn’t have beef with Kim Kardashian, and doesn’t want to give up on his family
50 Cent upside down at the Super Bowl has been turned into a meme