Home » Articles » Kanye West and Kim Kardashian Give Their 6-Year-Old Daughter, North, a $65,000 Jacket From an Auction That Michael Jackson Wore in 1997 and Social Media Loses Their Minds; They Think North Should Get Kids Gifts Instead and Doesn’t Know Who MJ Is [VIDEO] 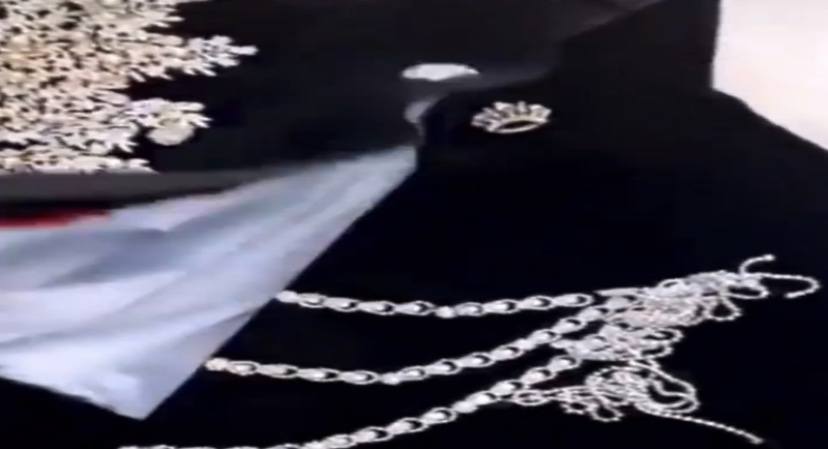 Today is one of the most anticipated holidays of the year in Christmas and we are seeing everyone worldwide celebrate with their loved ones. Kanye West and Kim Kardashian are as well and one for their gifts to their daughter, North, has social media  in an uproar.

Ye and Kim ended up surprising North with a very nice black and silver jacket that Michael Jackson wore in 1997 that costs $65,000 and was bought at an auction. This jacket was also worn at an event he attended with Elizabeth Taylor. Kim also noted that North is a big MJ fan, despite her very young age at 6-years-old.

North receiving this gift didn’t attract the best reactions on social media. People feel that North doesn’t know much about Michael Jackson or how iconic he was. Others say that she should’ve just got things that kids would appreciate more such as toys. These are valid points but if North really does know who MJ is, let her appreciate the jacket.

Check out social media reactions from Twitter to the $65k Michael Jackson jacket along with the video of it below.

North does not like Michael Jackson this much https://t.co/EDAFJMDZod

North probably doesn't who even Michael Jackson is.. People have too much money 🙄 https://t.co/fVe26swZv6

More in Articles
Jussie Smollett Gifts Flint, Michigan School With Toys and Backpacks and Donates $10,000 To The “Flint KIDS” Program [PHOTOS]
Lori Harvey trending after showing off her expensive gifts on Instagram, ladies stan her as their ‘Toxic Queen’ and folks go back and forth using her and Future as problematic season greetings