Home » Hip Hop News » Kanye West Claims That God, Will Get Himself and Kim Kardashian, To Become a Couple, Again [VIDEO] 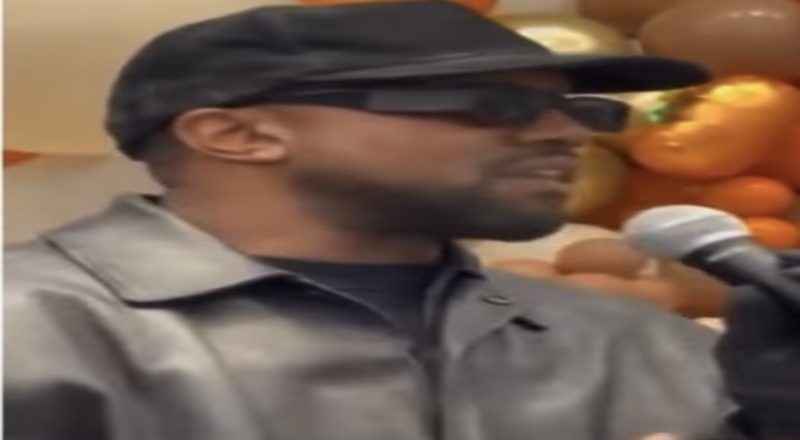 Kim Kardashian and Kanye West are still going through their ongoing divorce process. They appear to be seeing other people as well, as Ye has supposedly been dating 22-year-old model, Vinetria. Kim confirmed that she’s been dating “Saturday Night Live” star, Pete Davidson. Kanye and Kim’s divorce was initially filed in early January, and filed in mid-February.

Despite these situations, Kanye still believes that he can make his marriage with Kim work again. He revealed this during his “Drink Champs” interview, and now, during a visit to Skid Row, in Los Angeles, on Wednesday.

Ye admitted that he’s done things that were “not acceptable as a husband,” in regards to his marriage to Kim. He also said that E! and Hulu won’t “write the narrative,” of his family.

Kanye also feels that the “enemy” separated he and Kim, but the Kingdom of God will bring the two together, again. He also believes that when this happens, even more people will be influenced, in their obstacles, and remain as families.

“I’m doing everything to be right next to the situation. I’m trying to express this in the most sane way possible, the most calm way possible, but I need to be back at home. Why is that? Because if the enemy can separate KimYe, there’s going to be millions of families that feel like that separation is okay. But when the kingdom, when God, who has already won, brings KimYe together, there’s gonna be millions of families that are gonna be influenced and say that they can overcome the separation, the trauma, the devil that’s used and capitalized and keeps people in misery, while people step over homeless people to get to the Gucci store.”

It will definitely be interesting to see if Kim responds to Kanye’s latest comments. For now though, she definitely appears to be fully happy, with Pete Davidson.

Check out Kanye West speaking at Skid Row, below.