Home » Hip Hop News » Kanye West has unfollowed Nicki Minaj on Instagram, after she subliminally called him a clown, during “Monster” performance, at Essence Festival 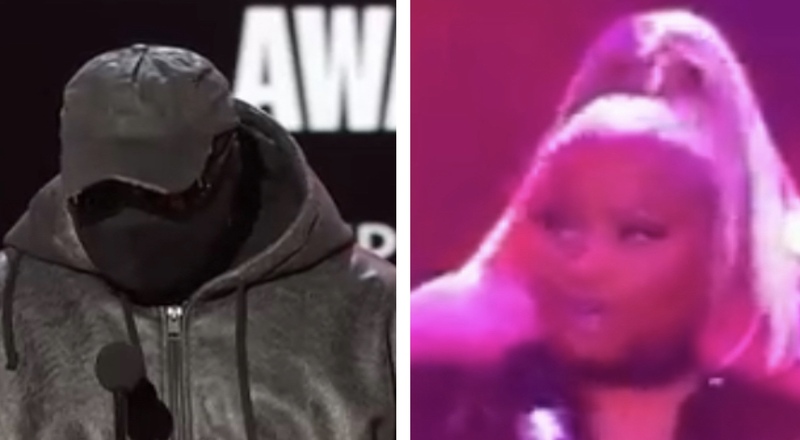 Over a week ago, Nicki Minaj headlined Essence Festival, in New Orleans. Nicki performed plenty of her hit singles, which included her verse on Kanye West’s 2010 hit single, “Monster.”

Prior to Kanye’s verse coming on though, Nicki stopped the song. She said “A monster though! A monster though! But we don’t fuck with clowns.” For many viewers, this seemed like a clear subliminal shot at Kanye.

Fans also believe that Nicki did that, due to taking offense to Kanye collaborating with Cardi B. This was on Cardi’s new “Hot Sh*t” single,” which also included Lil Durk. This was Cardi’s first single of 2022. That saw a number 13 debut in the US, on Monday.

Now, fans have noticed that Kanye is no longer following Nicki, on Instagram. Kanye hasn’t publicly addressed Nicki’s comments, but he could definitely be surprised that they were made.

Nicki and Cardi have been feuding since 2018, shortly after both appeared on Migos’ smash hit “Motorsport” single. There has been no actions of Cardi or Nicki ending this feud, since then.

More in Hip Hop News
Mario gets criticized on Twitter, for announcing that he’s featuring Tory Lanez, on upcoming “Main One” single
Jayda is apparently back with Lil Baby and Twitter can’t handle it