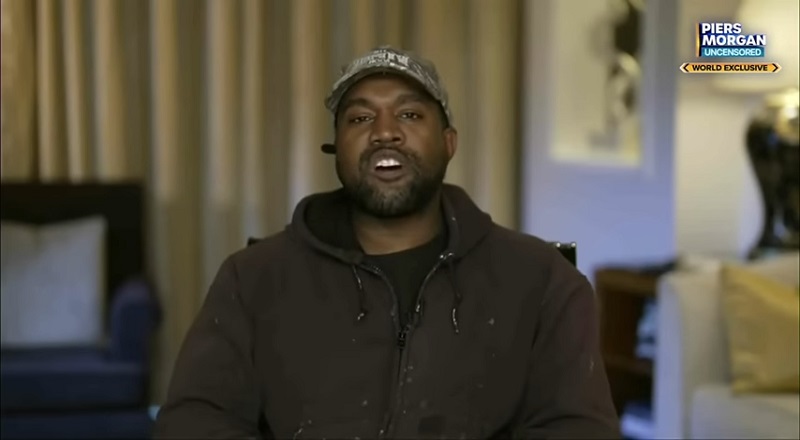 Kanye West is very outspoken and it is getting him into trouble. After rocking the world with his “Drink Champs” interview, Kanye sat down with Piers Morgan. However, their conversation also got heated. As a result, Ye reportedly walked out of the interview. Before he did, though, Kanye West insulted Joe Biden, the president of the United States.

Kanye West became a billionaire, three years ago. While the media reports he is worth $2 billion, Kanye argues that he’s worth between $6 billion and $10 billion. Whatever the case, Ye spends a lot of time with Elon Musk. It is rare that Kanye West does an interview without mentioning Elon. During his sit down with Piers Morgan, Kanye brought up Musk, while putting President Biden down.

Kanye West has a history with the presidents of the United States. First, Kanye called out George W. Bush, during the aftermath of Hurricane Katrina. Second, Barack Obama called Ye out for taking the mic from Taylor Swift, during the 2009 VMAs. Third, is Kanye West’s relationship with Donald Trump. Thus far, Kanye has not had much to say about Joe Biden, but he has had things to say about Kamala Harris, including his single relationship status. However, during his interview with Piers Morgan, Ye said it is retarded for Biden to not meet with Elon Musk to get advice. The video is available on Twitter and YouTube.