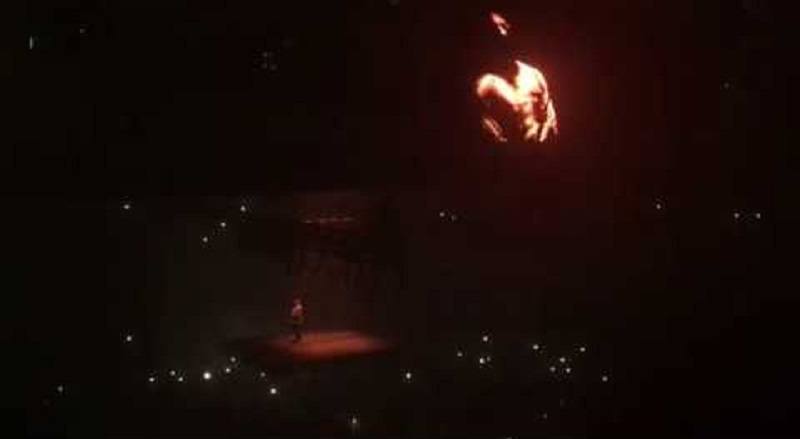 All week long, Kanye West has been driving the headlines. This week, he reaffirmed his previous support for the president, which he first revealed, when he had his mental breakdown. But, Kim Kardashian, his wife, said he is not mentally ill for supporting the president.

However, Kanye West is very influential, and he has been making a lot of outrageous comments. Because of how inflammatory and controversial the president has been, John Legend took action. He sent some texts to Kanye, asking him to please reconsider what he’s doing.

Just like he did with Ebro, Kanye West put John Legend on blast, sharing his texts on Twitter. There, he thanked John Legend for his opinion, but said he’d agree to disagree. After this outburst, Kanye West has been unfollowed by Justin Bieber, Drake, Katy Perry, Nicki Minaj, Ariana Grande, Rihanna, BTS, Kendrick Lamar, Janelle Monae, The Weeknd, and more.

More in Hip Hop News
Nicki Minaj promises fans a major surprise, but tells them to tweet #ChunLiSurprise if they really want it; Fans are asking what the surprise is and hope for a Beyonce collaboration
Janelle Monae talks “Dirty Computer” album and more with Beats 1 Radio [VIDEO]