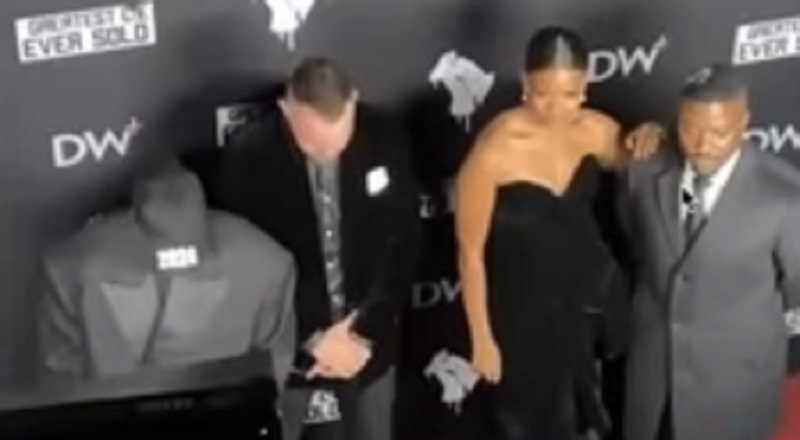 Kanye West shares a unique history with Ray J. First of all, the first documented encounter of Kanye and Ray began with Brandy. Early in Ye’s career, as a rapper, he appeared on Brandy’s “Talk About Our Love.” When the video premiered, Ray J made a cameo. According to rumors, Kim Kardashian did the makeup at the video shoot. At the time, she and Ray were dating.

Kanye West would begin dating Kim Kardashian in 2012. Late in the year, KimYe announced they were expecting their first child. The fall of 2013 saw the birth of North West. After that, Ray J dropped “I Hit It First,” his infamous diss track. As a result, Kanye began openly taking shots at Ray J. From then on, Ye hurled all kinds of insults, referring to Ray as “Brandy’s sister.” In the wake of Kanye and Kim’s marriage falling apart, he and Ray J have been saying similar things about Kim and her mother, Kris Jenner.

Kanye West recently made major noise when he and Candace Owens wore a “White Lives Matter” shirt. As a result, Ye and Candace Owens have been spending a lot of time together. After that, Owens leaked some audio that she claims is Kim Kardashian, insulting Whitney Houston. Meanwhile, Candace Owens has a new documentary out. Ray J attended the premiere event. On the red carpet, Kanye and Ray J made their first public appearance together. All seems well and their longstanding feud seems over.