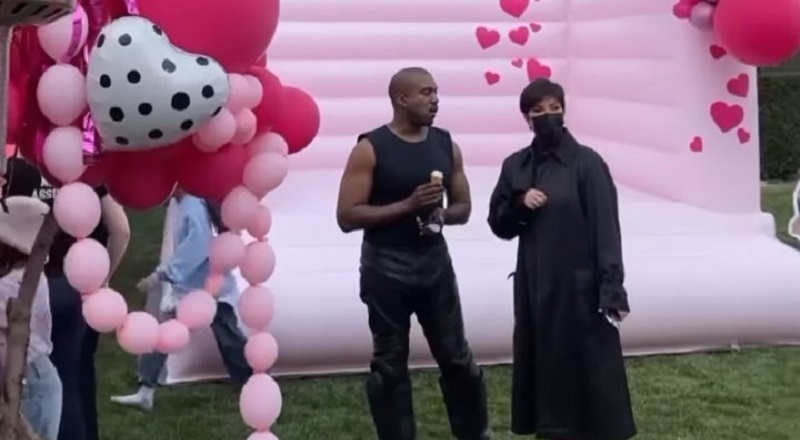 Yesterday, Chicago West celebrated her fourth birthday, with a lavish party. The Kardashian-Jenner family had the idea to do a joint party with Stormi. For those who may have forgotten, Stormi Webster is the daughter of Kylie Jenner and Travis Scott.

Kanye West put the Kardashian-Jenner family on blast, mainly Kim Kardashian, over the party. Originally, Kanye said that Kim wouldn’t let him attend the birthday party for their daughter. However, Ye would be in attendance at the party.

Despite attending the party, Kanye West said that it was Travis Scott who gave him the address. This led to a lot of chatter, on social media, about the status of that relationship. Of course, there is the whole situation with Kim Kardashian now dating Pete Davidson. Despite Kanye currently dating Julia Fox, he has made his issues with Pete public. But, again, Kanye attended the birthday party, even with everything else going on.

Sources close to the Chicago West birthday party are providing more insight. Some reports say that Kim Kardashian is upset that Kanye West is saying she wouldn’t allow him to see his children. The claims also state Kanye wanted to have separate birthday parties for the four year old.

More in Hip Hop News
LightSkinKeisha dominates Twitter, wearing that black dress, on #PowerGhost
Charisse Mills blasts Chance for blocking her on Instagram, after eliminating her on “One Mo Chance” [VIDEO]