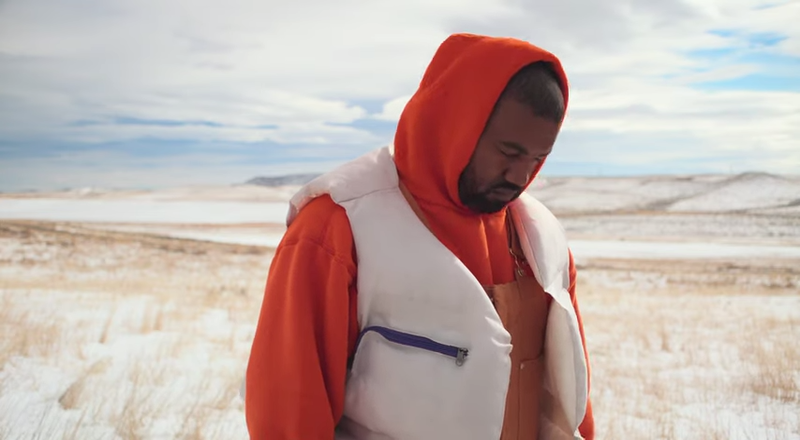 Kanye West was expected to release his new album, ‘Donda,’ on Friday but that did not go on as planned, to no surprise of many people. The title pays homage to his late mother who passed away in 2007. Many wonder when this project will be out but Ye only addressed one piece of news about it.

Ye took to his Twitter account to reveal the cover art for Donda. It appears to display people heading towards the sun as a green and red sky overlooks them. West’s Jesus Is King’ album from October experienced a delay prior to its release and Donda is going through the same thing. At the time, he ended up releasing the project unexpectedly and he may do the same here.

In other crazy Kanye news, he also publicly apologized to his wife, Kim Kardashian on Twitter today. He acknowledged that he should’ve discussed things with her in a private matter and he knows he hurt her and asked for forgiveness.

West initially revealed at his South Carolina presidential rally that he and Kardashian discussed getting an abortion in 2012. In his multiple Twitter rants this week, he also called her and Kris Jenner white supremacists for getting doctors to help him with his bipolar disorder. He also called Jenner this for ignoring his text messages. Things got even worse as West said he wanted a divorce from Kardashian in 2018 as he believed that she was cheating on him with Meek Mill when they met up at the Waldorf Astoria in Los Angeles to discuss prison reform.

Check out the official Donda cover art below.

Continue Reading
You may also like...
Related Topics:donda, kanye west

More in Album Preview
NBA Investigating Lou Williams For a “Re-Quarantining Process” After Leaving NBA Bubble and Going To Magic City Strip Club in Atlanta With Jack Harlow After Attending Funeral
Grant Blaine, owner of Grant’s Construction, in Elizabethon, Tennessee, insults Black Lives Matter, calling them “a bunch of n*ggers and thugs,” says “BLM can kiss my white a**,” and mocks BLM on the business Facebook page, calling them “terrorist,” holding a cupcake, with a BLM black fist [PHOTOS]