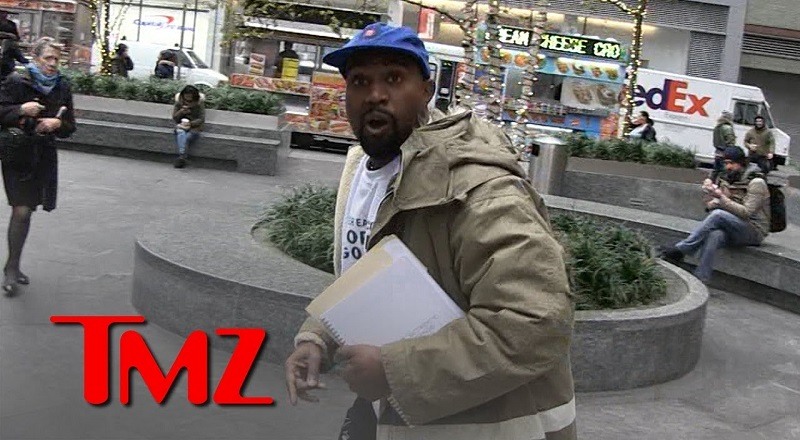 Yesterday marked yet another day filled with Kanye West antics. After being silent, following his political debates, Kanye West returned to call his former friend, Drake, out. He accused him of pulling a 50 Cent, buying out the first two rows of Pusha T’s concert.

Many fans said Drake, if he really did that, he is an even bigger GOAT than already believed. Last night, Kanye West continued his Twitter rant, accusing Drake of threatening him. This led to Kim Kardashian calling Drake out, with choice words.

Kanye West was spotted, by TMZ, out and about. A reporter caught up with him, asking him about being threatened. Saying “all is love,” Kanye ran off, and jumped into his SUV.