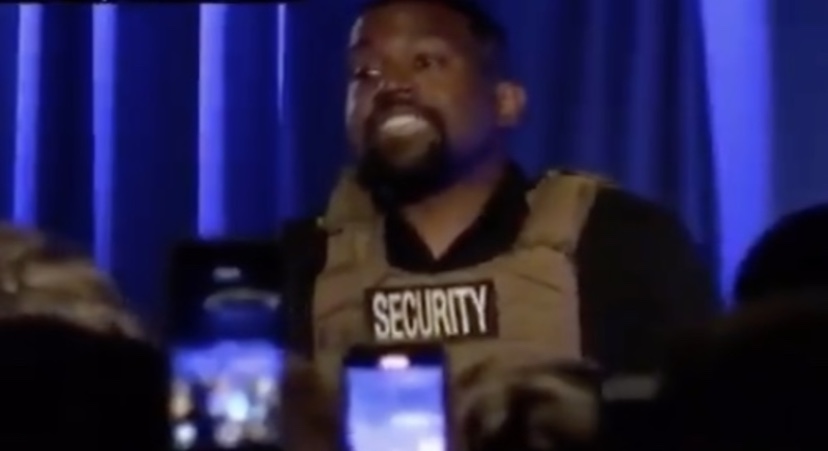 This past week, Kanye West was able to register with the Federal Election Commission in order to finally be eligible to run for President this fall. He also got on Oklahoma’s ballot as he was oddly registered as being with the “Birthday Party,” to no surprised. He did miss the Florida deadline, though.

Ye is trying to get on the South Carolina ballot now and today, is now having a campaign rally in that state. In the middle of speaking, he randomly made the claim that Harriet Tubman didn’t actually free slaves. Instead, she supposedly got slaves to work for other slave owners.

No one has any business voting for West. Again, a vote for him is a vote for Trump. There’s no time to be playing games in this year’s election. This isn’t the first time that West has spewed ignorant MAGA comments like this. In 2018, he said that slavery was a choice. Check out West’s ridiculous claim about Tubman below.

Kanye West is holding a rally in North Charleston for his presidential campaign.

This is the moment he said, "Harriet Tubman never actually freed the slaves. She just got the slaves to go work for other white people." pic.twitter.com/KyYaPJMPke

More in Hip Hop News
Basketball Court Dedicated To Pop Smoke in His Hometown of Brooklyn Revealed; First Annual Pop Smoke Day is July 20
Avery Wilson comes out as bisexual, on Twitter, and checked a fan who had something to say about it, telling him he’s always accepted who he was, “it was just none of your business until I decided to allow it to be” [PHOTOS]