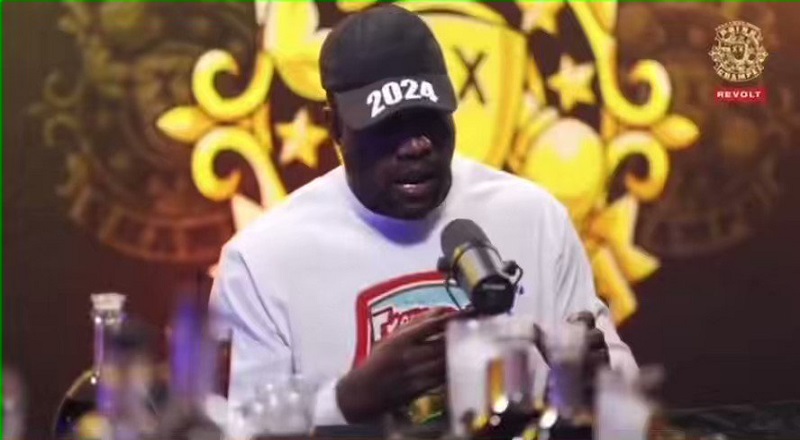 Kanye West is always making controversial statements. Last year, he came on “Drink Champs,” and he said a lot of controversial things. All of that pales in comparison to what he said on his “Drink Champs” return. This year, Kanye has received all kinds of negative press. Now, Ye has gone beyond telling his side of the story, adding George Floyd to the conversation.

Kanye West has taken some controversial stances on race. In 2018, Kanye infamously went on TMZ and said that “slavery is a choice.” As a result, Van Lathan came out of his office to tell Ye all about slavery and how it was not a choice. That moment led to Lathan’s eventual exit from TMZ. However, it also opened up Lathan’s career to new opportunities. Meanwhile, Kanye West has continued making very reckless comments, and taking reckless actions regarding race.

Kanye West tried to explain wearing the “White Lives Matter” t-shirt with Candace Owens. Since leaving the Gap partnership, Kanye announced he collaborated with LA Apparel for his “White Lives Matter” t-shirts. However, he said after his recent comments, they refuse to release the shirts. As a result, Ye spoke more on race. When he brought up George Floyd passing away, Kanye West blamed it on substance abuse, and some life threatening substances being added. Regarding Floyd’s neck being stood on, Kanye said that wasn’t too bad. This comment has angered many, as the clip is available on Twitter.