Home » Hip Hop News » Kanye West says he doesn’t have beef with Kim Kardashian, and doesn’t want to give up on his family 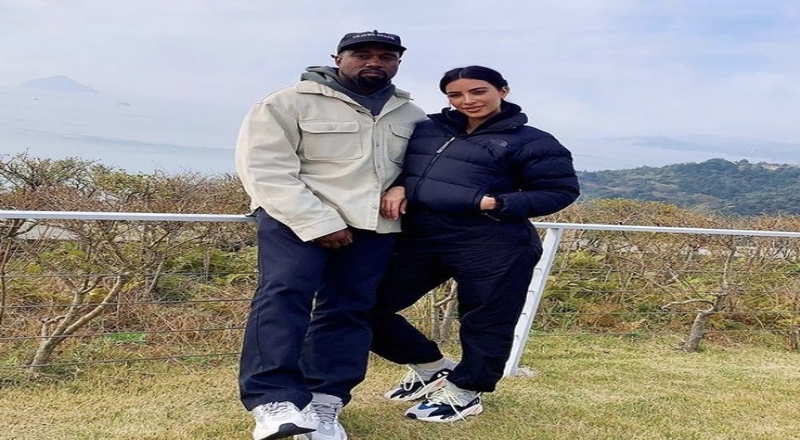 Kanye West says he has no beef with Kim Kardashian

The past week and a half on Instagram, has seen Kanye West bash his estranged wife, Kim Kardashian, as well as her new boyfriend, Pete Davidson. On Sunday, Ye called Pete a “d*ckhead,” as well as “Hillary Clinton’s ex-boyfriend.”

Last week, Kanye even made it known that he still has feelings for Kim, despite dating Julia Fox. Ye said he wants God to “bring his family back,” after posting the March 2022 Vogue magazine cover, of Kim and their children.

Now, Kanye is making it known that he has no beef with Kim, in a new Instagram post. He also added that he loves his family and doesn’t want to give up on them.

“I DON’T HAVE BEEF WITH KIM I LOVE MY FAMILY SO STOP THAT NARRATIVE IM NOT GIVING UP ON MY FAMILY I BOUGHT THIS COAT FOR KIM BEFORE SNL I THOUGHT IT WAS PARTICULARLY SPECIAL I HAVE FAITH THAT WE‘LL BE BACK TOGETHER I NEVER HAD ANYTHING AGAINST DAILYMAIL I GOT LOVE FOR EVERYONE IN THE MEDIA AND I WISH YOU ALL THE HAPPINESS IN THE WORLD I SPEAK DIRECTLY TO THE MEDIA OUTLETS THE SAME WAY A BALL PLAYER SPEAKS TO THE REFS THE WORLD IS OUR COURT LIKE A BASKETBALL COURT AND THE COURT OF PUBLIC OPINION WE HAVE A PUBLIC RELATIONSHIP BECAUSE WE ARE PUBLIC FIGURES SO TO THE PUBLIC AND TO THE PRESS SOMETIMES PEOPLE CALL ME CRAZY BUT TO BE IN LOVE IS TO BE CRAZY ABOUT SOMETHING AND I AM CRAZY ABOUT MY FAMILY HAPPY VALENTINES.”

Julia Fox has also deleted all photos of her with Kanye, on Instagram. This appears to hint that their relationship may be over as well, amid their open relationship rumors.

Kanye West says he has no beef with Kim Kardashian