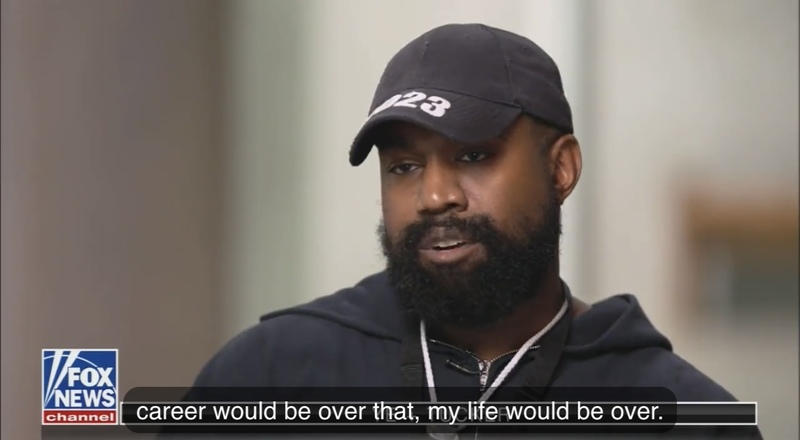 Kanye West has been trending all day on Thursday, again. This was due to adidas revealing that their partnership with Kanye was put on hold. Ye also announced that he would be doing an interview with Fox News’ Tucker Carlson.

This interview has been aired, as Kanye discussed various topics. This includes the backlash that he receives, from siding with many MAGA Republicans, including Donald Trump. Ye was also seen wearing “White Lives Matter” shirts with Candace Owens, in Paris, earlier this week. That was for his Yeezy fashion show.

During Kanye’s interview on Fox News, he claims that he received death threats, in 2018. Unfortunately, at that time, he was wearing the red MAGA hats, and showed allegiance to then-President, Donald Trump. He says that people told him that he would be killed for wearing the MAGA hat, beforehand. In 2022, Kanye is still sadly MAGA.

Regarding his White Lives Matter shirt, Kanye claims that he’s receiving the same type of threats, online. He added that someone recently called him and said that wearing that shirt would be a “green light” for him to get beaten up. In a recent Instagram post, Kanye kept emphasizing how white lives do matter, and ranted about how the Black Lives Matter organization is a scam.

Check out Kanye West speaking on wearing MAGA hats, below.

WATCH: Kanye West says people around him "basically said that I would be killed" for wearing a MAGA hat