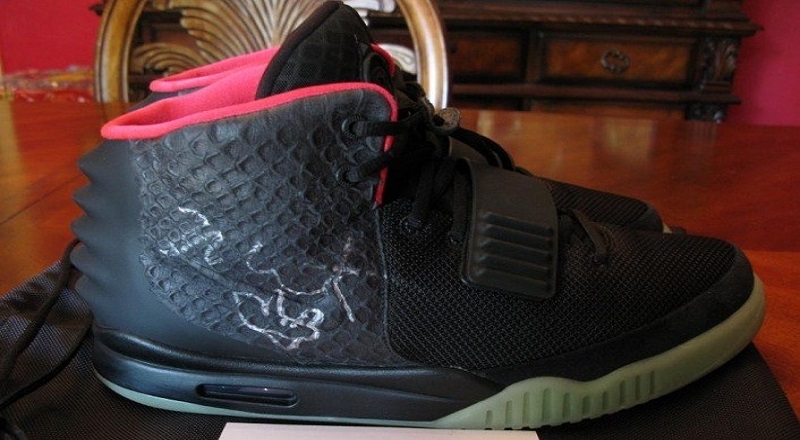 In addition to his romantic life, Kanye West has become known for his fashion sense, which often makes headlines. Because of Kanye’s eccentric and unique style of dress, several companies have reached out to him. Nike reached a deal with West and the result of this was the Air Yeezy.

A popular sneaker brand, several rappers have mentioned the Air Yeezys in their lyrics and Kanye West was one of them. Last summer, Kanye West rapped about them on his track with Pusha T, “New God Flow.” On the song, Kanye West mentions how his shoes have outsold the popular Air Jordans from Michael Jordan.

Kanye West makes shoes for the public and of course he has several pair he also rocks for himself. Once Kanye West is done with a pair, he has several options and for a specific pair, he created another business venture. Recently, Kanye West announced he was going to sell his personal Air Yeezy 2s for $15,000.