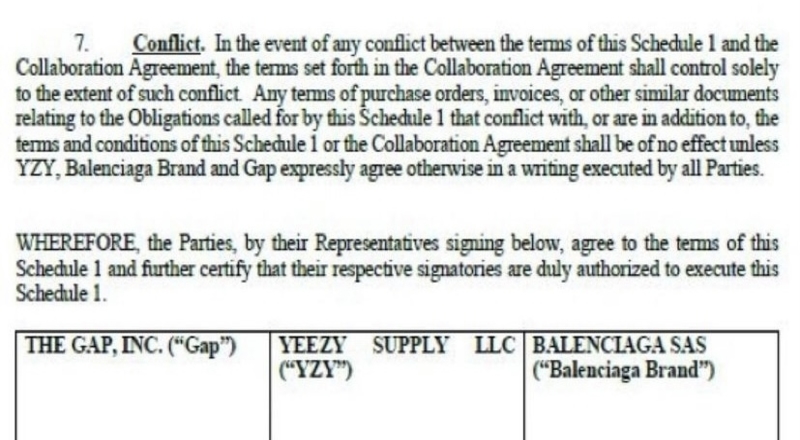 Kanye West has had social media going crazy over the past week, due to him starting to date actress Julia Fox. The two have been on several dates together since New Year’s Day, in Miami and New York City.

Now, Ye looks like he’s making even more huge moves, in the fashion realm. This morning, he took to his Instagram feed to post a contract between GAP and Balenciaga. It appears that some sort of collaboration is in the works. The document was labeled as a “collaboration agreement.”

Kanye has a 10-year endorsement deal with GAP, and has been working with Balenciaga over the past year as well. During his date night in NYC with Julia Fox, she also sported an all-black Balenciaga outfit.

In 2021, Kanye and Balenciaga also got together to honor the late DMX, after his passing. They went on to release several sweatshirts, in collaboration with Ye’s Yeezy brand.

Check out Kanye West’s Balenciaga and GAP collaboration contract below.

More in Hip Hop News
Khloe Kardashian is accused of using N word in reality show clip from 2019
Drakeo The Ruler’s family is reportedly seeking court order, to be able to use his estate funds, to cover $52,000 burial and memorial costs