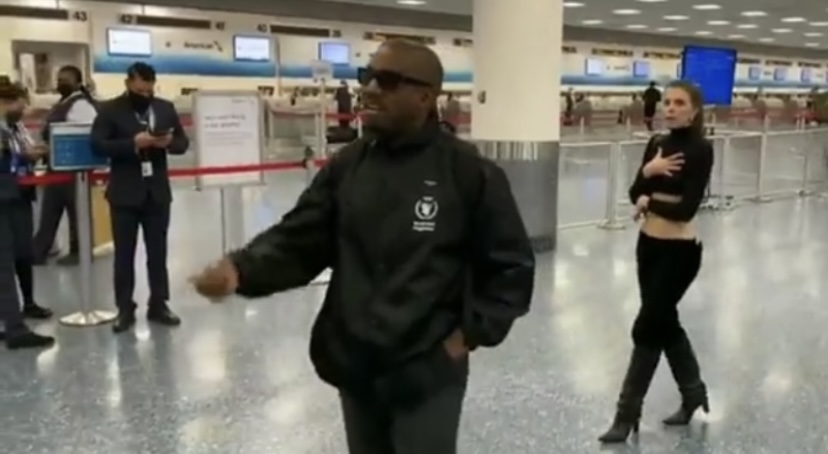 Kanye West tells fans to stop asking him about NFTs

Kanye West is currently working on the sequel to his 2021 10th studio album, “Donda.” Ye took to social media last week, as he made the announcement on Instagram. Ye also said that he won’t be having a phone on him, until the February 22 release date.

Many have also wondered if Kanye is interested in exploring the NFT world. Plenty of rappers have already spent hundreds of thousands on these digital products. Now, Ye is firmly expressing how much he’s not interested in investing in any NFT.

“Do not ask me to do a f*cking NFT. STOP ASKING ME TO DO NFT’S I’M NOT FINNA CO-SIGN… FOR NOW I’M NOT ON THAT WAVE I MAKE MUSIC AND PRODUCTS IN THE REAL WORLD.”

NFT popularity continues to explode online, so it’ll be interesting to see if Kanye will finally decide to give in. Currently, Ye is seeing plenty of success with his new “Eazy” single, ft. The Game. Moneybagg Yo is also expected to appear on the Donda 2 album.

Kanye also been reportedly feuding with his estranged wife, Kim Kardashian’s new boyfriend, Pete Davidson. He’s allegedly said that Davidson has AIDS, and also dissed him on the Eazy single. Ye rapped “God saved me from that crash, just so I can beat Pete Davidson’s ass.”

Kanye West tells fans to stop asking him about NFTs