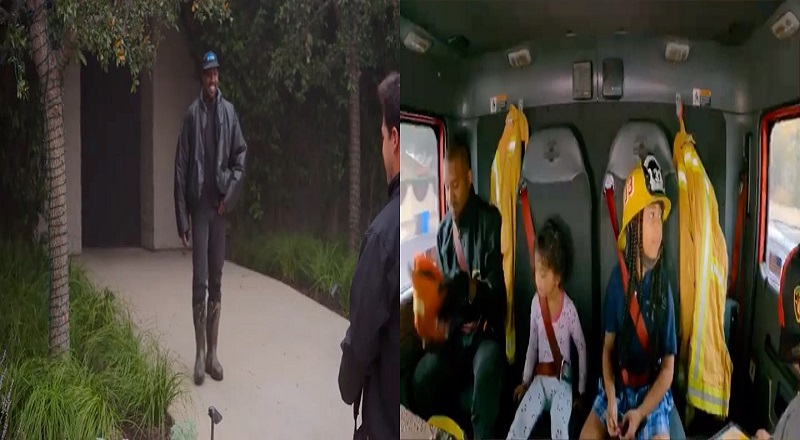 Kanye West has been open about his struggles as a father. While the world thinks Kanye West is consumed with the divorce, he is all about his kids. On “Eazy,” with The Game, Kanye West explains this. When Kanye West went on “Drink Champs,” he explained this.

Kanye West has often said that he will not be pushed out of his children’s lives. This is the reason for Kanye West buying the house next door to Kim. As all of this plays out, the world is seeing exactly how much Kanye West loves his children. When children are young, they have all kinds of goals. In the case of Kanye’s kids, they wanted to ride to school in a fire truck. A dad who makes it happen, Kanye West took his kids to school in the truck with the uniform on.

More in Hip Hop News
Tristan Thompson claims that a Grizzlies fan said to him at a game in November, that Khloe Kardashian is a “whore”
Rihanna reportedly gave birth to her and A$AP Rocky’s son, on May 13