Home » Hip Hop News » Kanye West takes Twitter with his #BETAwards outfit, as fans say they know he is hot with that mask on 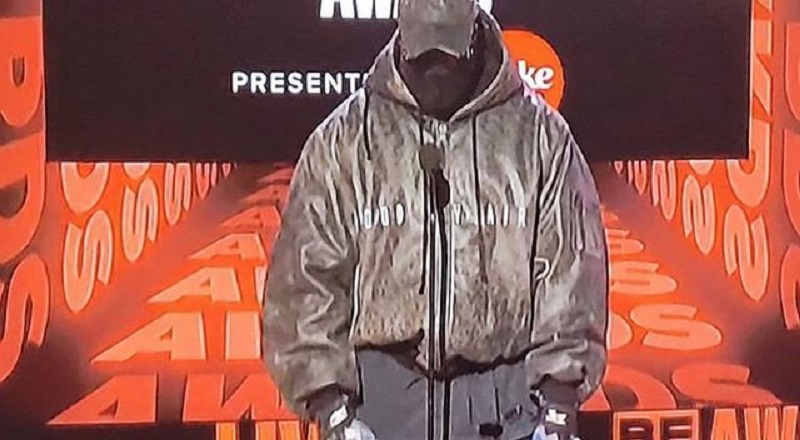 Kanye West trends on Twitter due to BET Awards outfit

Kanye West is proud to admit he was a Puff Daddy fan, growing up. When Kanye West went on “Drink Champs” and explained his love for Diddy. While Kanye West is now the richest hip hop mogul of all time, Diddy held that position long before Ye.

Kanye West was the least likely person to become a multi-billionaire. According to himself, Kanye West is worth $10 billion. However, Kanye West is reported at having a net worth of $2 billion. Both figures make Kanye West the wealthiest rapper of all time and it’s not even close.

Kanye West was called on by Diddy to introduce him for his Lifetime Achievement award. Admittedly, Kanye West said he did not want to do it. However, Ye also said that when Puff Daddy calls with a request, he should never be turned down. As a result, Kanye West came out and gave Diddy his intro for the BET Awards. The last thing people expected was Kanye West at the 2022 BET Awards. Still rocking the ski mask, Kanye West dominated Twitter with his outfit, as fans said he had to be hot with all of that on.

Kanye West trends on Twitter due to BET Awards outfit

More in Hip Hop News
Cassie posts on her IG Story, while Diddy shouted her out at the #BETAwards [VIDEO]
Yung Miami dismisses Jessie Woo dissing her for the “Go Papi” sign and JT threatens her