Home » Hip Hop News » Kanye West walks off in the middle of Tim Pool interview, because he refused to call the media out by name [VIDEO] 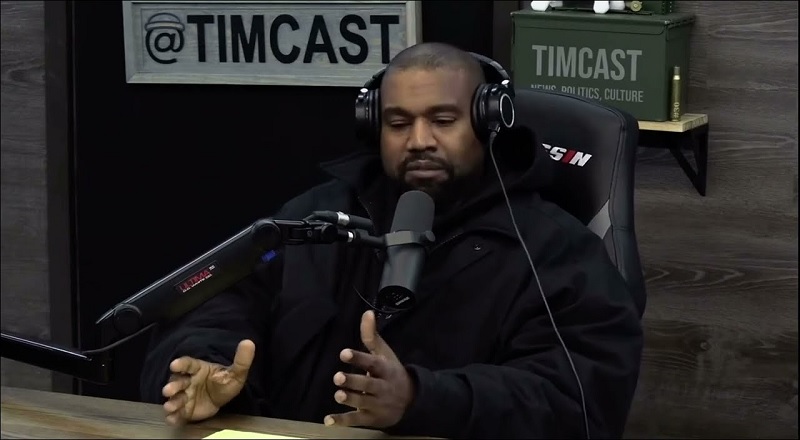 Kanye West walks out of interview for not calling media out

Kanye West began the year of 2022 as a divisive, but wealthy, figure. When he talked to Jason Lee, Ye bragged about being a multibillionaire. At the time, Kanye accused Forbes of lying about his net worth. During that time, West was riding high from his clothing company, Yeezy, having partnerships with Adidas, Gap, and Balenciaga. The company was worth over $5 billion. However, controversial comments from Ye cost Yeezy their partnerships. When Kanye visited the Tim Pool podcast, he got upset over this, and ended up leaving.

Kanye West is one of the most accomplished musicians in hip hop. A natural creative, Kanye used to design his own sneakers in school. In addition to drawing out designs, he took an interest in music. When Ye began producing, he didn’t stop until he met the biggest rappers in the game. As a result, West was signed to Roc-A-Fella Records. When he tried to get into rap, as an artist, he was met with pushback. But when he got the chance to drop his own records, Kanye West became the hottest rapper.

Kanye West briefly enjoyed the title as the wealthiest rapper of all time. In 2021, the initial reports had Kanye’s net worth at $6.6 billion. However, Forbes disputed this claim, valuing Ye at $1.8 billion. Through 2022, most reports said he was worth between $1.8 and $2.2 billion. When Kanye West visited Tim Pool’s podcast, he said God took his wealth to get his attention. After that, Kanye had choice words for the media, which Tim Pool was relatively silent on. When Tim didn’t say what Ye expected him to, he walked out on him.

Kanye West walks out of interview for not calling media out

More in Hip Hop News
Metro Boomin is releasing a short film for album “Heroes & Villains” starring Young Thug, Morgan Freeman, and Gunna
Female McDonalds employees get into a huge physical fight, while customers in the drive thru look on [VIDEO]