Home » Hip Hop News » Kanye West Wants Jay Z To Be His Vice Presidential Pick; Ends Up Missing Deadline to Get on South Carolina Ballot a Day After His Rally There 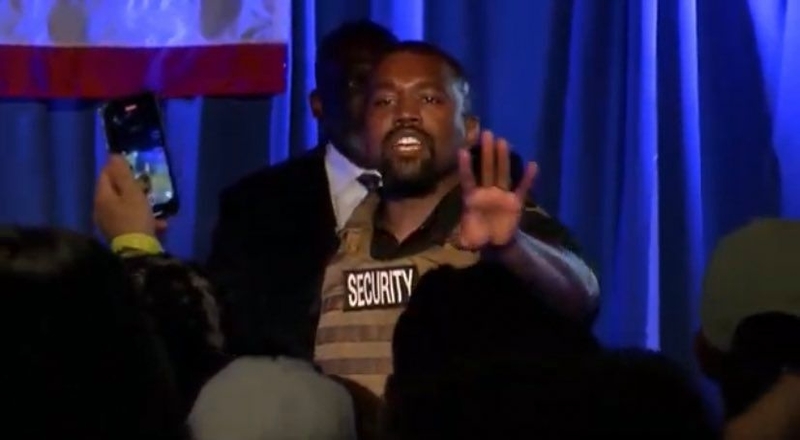 Yesterday, Kanye West appeared in South Carolina for his first presidential rally. He made controversy after saying that Harriet Tubman didn’t actually free slaves and instead, got them to work for other white people. Some people decided to rightfully leave after this ignorant comment. He even revealed that at one point, he discussed his wife, Kim Kardashian, having an abortion regarding their daughter North.

Prior to the rally, he revealed to Z93 JAMZ radio personality, Kris Kaylin, that he wants Jay Z to be his pick for Vice President. He added that his current VP choice, Michelle Tidball, who is a Christian pastor from Wyoming, said she’d take a different position.

“So, I reached out to [independent presidential candidate Jade Simmons] to possibly be my vice-president, my running mate. “Now, we have Michelle Tidball, who is a Christian pastor out of Wyoming, who is my running-mate, but she would be open to taking another position [in his cabinet] if we found another running mate.” You know who should be my running mate? Shawn Carter.”

West pushed hard on social media in the weekend to get on SC’s ballot and now, that isn’t even happening after all the drama he has caused. According to TMZ, he missed the state’s deadline today. Chris Whitmore, Director of Public Information for the South Carolina State Election Commission, revealed this information to the outlet. West had a 12pm ET deadline to get 10,000 signatures and he nor his team said anything at all.

West is obviously taking this run as a joke. People close to him even cited concerns a few weeks ago about him suffering from a “bipolar episode.” Don’t vote for West. Make sure he misses as many ballots as possible. His chances are done now and a vote for him would be a vote for Trump.

Check out West speaking about Jay Z being his running mate below.

More in Hip Hop News
Nicki Minaj is pregnant! Young Money veteran posts pic of herself, showing pregnant belly, on Instagram, with #Preggers caption [PHOTO]
Stayvon Varner reveals he was harassed by a Charleston, SC police officer, after he passed him in Dorchester County, saying the cop followed him, threatened him, and threw up the white power symbol [VIDEO]