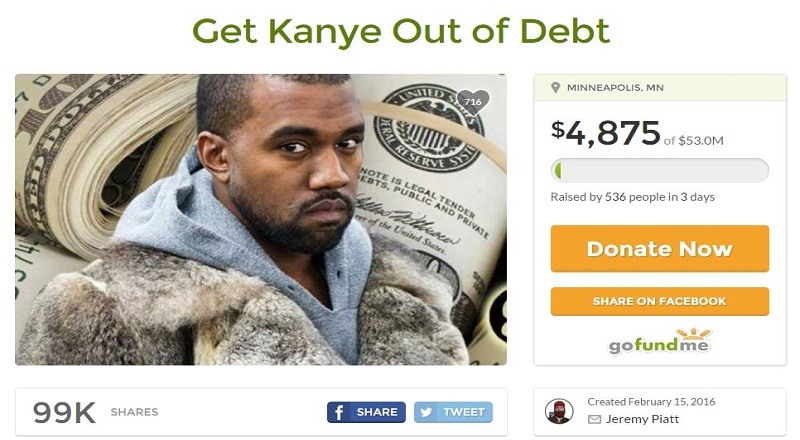 Yeah, Kanye West has recently alienated a great portion of his fans this past week. Still, there is a decent number of them who still love him, so much so that they want to help him rebuild. Among his tweets, Kanye confessed he was in debt and asked Mark Zuckerberg for $1 billion.

Kanye West was talking about being a part of the first trillion dollar enterprise, only one year ago. What a difference a year makes, in spite of him finally releasing his new album. Fans have lined up to help get him out of debt by creating a GoFundMe page with that title.

Get Kanye Out of Debt means just what it says and fans are actually donating to it. The goal is $53 million, so it’s a longshot that they end up reaching that goal. However, they have managed to get up to close to $5,000, currently at $4,875, but Kim Kardashian could help her husband, as her mobile app video game has netted her $100 million.