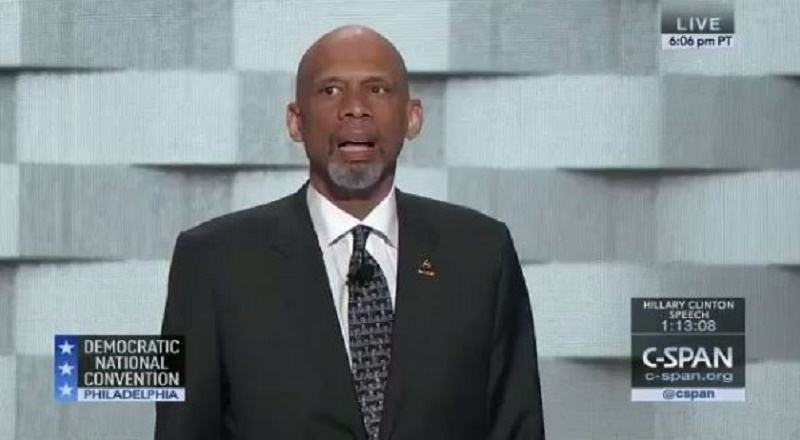 Politics is one of the only true divides that can ruin friendships and other relationships. While great numbers of people love sports and other forms of entertainment, they may differ on politics. Tonight, the stance Kareem Abdul-Jabbar made led to a divide.

Kareem Abdul-Jabbar is the NBA’s all-time leading scorer, best-known for playing with the Los Angeles Lakers. However, he also spent time playing for the Milwaukee Bucks. His career spanned twenty years and saw him win five championships and several MVPs.

Tonight, Kareem Abdul-Jabbar was in Philadelphia speaking at the 2016 Democratic National Convention. As he gave Hillary Clinton his endorsement, Kareem Abdul-Jabbar introduced himself as Michael Jordan, joking that Donald Trump wouldn’t know the difference. He won over the Liberals, but conservative NBA fans are done with him, right now.

Read the tweets about Kareem Abdul-Jabbar below: