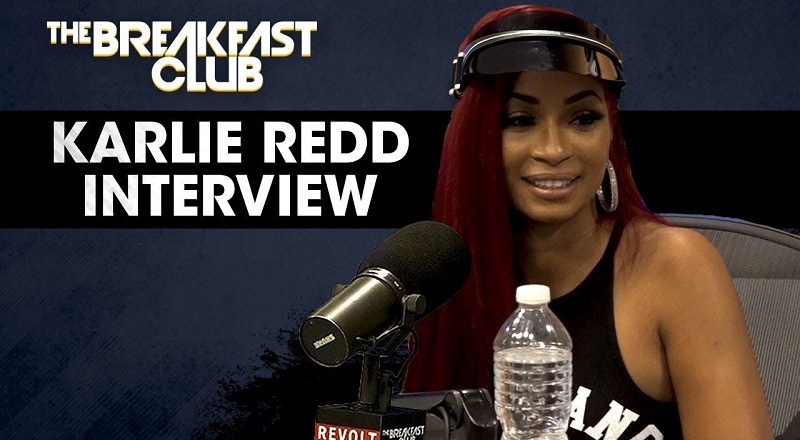 Six years ago, Karlie Redd rose to fame, when she was announced as an original “Love & Hip Hop Atlanta” cast member. This is where the public grew to know her. Being a “messy” person, Karlie Redd has become a fan favorite.

Karlie Redd has a resume as an actress that predates her time as a reality TV star. However, Karlie Redd was previously on VH1, when she competed on “Scream Queens.” In 2014, she had a role in Top Five, the film with Chris Rock and Cedric The Entertainmer.

Recently, Karlie Redd stopped by “The Breakfast Club,” where she talked to DJ Envy, Angela Yee, and Charlamagne Tha God. During the interview, she talked about everything. Engaged, Karlie says her new man owns a trucking company, she also has her “Ferrari Karlie” single, her book, and she discussed her acting career.