Home » Hip Hop News » Karlie Redd looks different, sparking Twitter outrage, after photo of her with her #LHHATL homegirls goes viral, showing her face swollen, looking drastically differently than she used to; Fans blame plastic surgery, saying she has messed her face up! 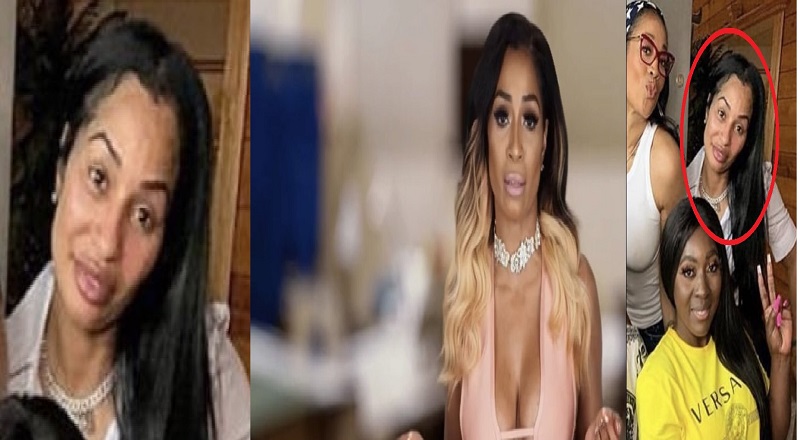 While Karlie Redd was always being dragged for being “messy,” few people were calling her “ugly.” Quite the contrary, many fans were confused as to why such a pretty woman resorted to such tactics. Plus, she was much older than her peers.

Karlie Redd definitely used the “Love & Hip Hop Atlanta” platform to build her name, though. People know her for being “messy,” but at least people know her. Before the show, Karlie Redd didn’t have a fan base, she was only known by industry people.

A photo began circulating on Twitter, this morning, of most of the “Love & Hip Hop Atlanta” ladies, originally trending, due to Joseline Hernandez commenting, calling the ladies her “aunties.” However, a second look at the photo showed Karlie Redd, in the far right, and she looks nothing how she used to. Fans took to Twitter, blaming plastic surgery, accusing Karlie of ruining her face.

Read the tweets about Karlie Redd’s face below:

More in Hip Hop News
Man on South Beach Paints His Face as The Joker and Yells “F*cking COVID is Over Baby!” While Waving American Flag and Making it Rain on Top of Car During Wild Weekend in Miami For Spring Break [VIDEO]
Quavo Reportedly Didn’t Repo The Bentley He Got For Saweetie For Christmas After Recent Breakup and Rumors of The Repo