Home » Hip Hop News » Karrueche reveals she was reading “Wake Up & Let Go” while on the beach, likely in response to Chris Brown’s thirsty comments on her beach pics [PHOTO] 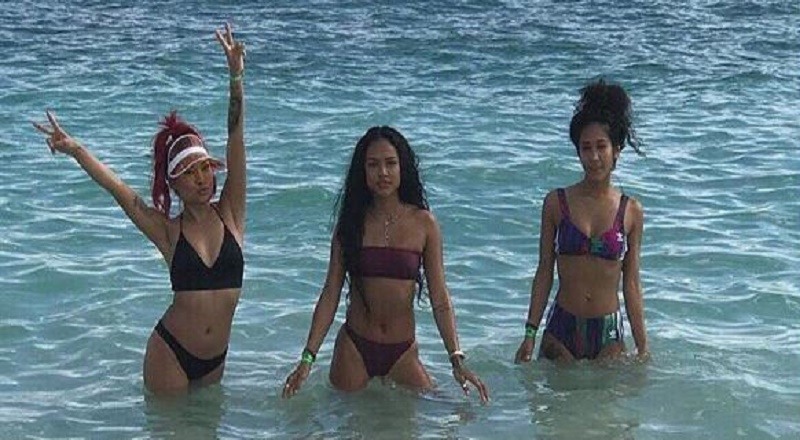 Since the week of Christmas, Chris Brown has been all over Karrueche’s social media. Two years ago, Karrueche broke up with Chris Brown after learning about Royalty. While she complimented his daughter for being beautiful, he had her with a woman that wasn’t her.

Karrueche has since, seemingly, moved on, showing up in photos with the likes of Game and Marques Houston. Infamously, Chris Brown commented “Go Home, Roger” on one of those very posts. At times, it appears as if Karrueche is falling for Chris’ advances, but relents.

This afternoon, Karrueche shared the above photo, along with a few others, on her Instagram. As he has done for the past few weeks, Chris Brown left some more comments on her pics. After not responding to those, Karrueche took to her Instagram to reveal she’s been reading “Wake Up & Let Go.”