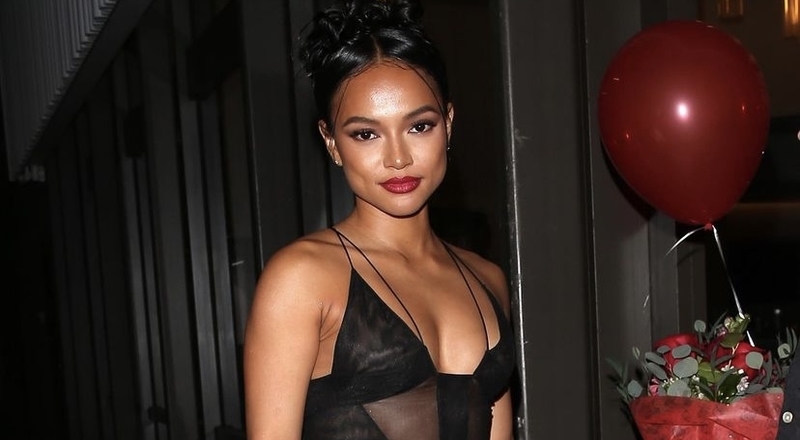 A few months ago, Karrueche Tran got caught up in another rumor, that she is dating Quavo. This came after it appeared that the two were on vacation together. Now, after months of speculation, she is shutting down this rumor.

Karrueche recently told The Shade Room that she and Quavo are in fact, not seeing each other. The model and actress simply said “No, we are not.” At that time, she also took to her Instagram stories to express how content she is being single, and is fine on her own.

“Cutting men out of my diet next year. I just feel that there’s so much power in being alone, being content with being alone, and not being dependent on a man for validation or to feel good about myself or to feel fulfilled. …And sometimes I do feel that way and I do love the attention from men, but it’s also unnecessary and also, men are a distraction. I’m really trying to take my whole life to another level. Mentally, physically, my career. Just all of that. So, it’s just a little detox.”

Quavo was in a high profile relationship with Saweetie for several years, but that relationship ended last March. The two both took to Twitter to announce that they were both single. Saweetie also accused Quavo of cheating on her. Last February, Karrueche and former NFL star Victor Cruz also split, after three years of dating.

More in Hip Hop News
Pusha T’s McDonald’s diss track in new commercial for Arby’s, reportedly made over $8.2 million, in advertising exposure
Joseline Hernandez and fiancé Balistic Beats may be facing $30 million lawsuit from Amber Ali and other “Joseline’s Cabaret” cast members, after alleged attack on Ali by the two, during taping of show’s reunion