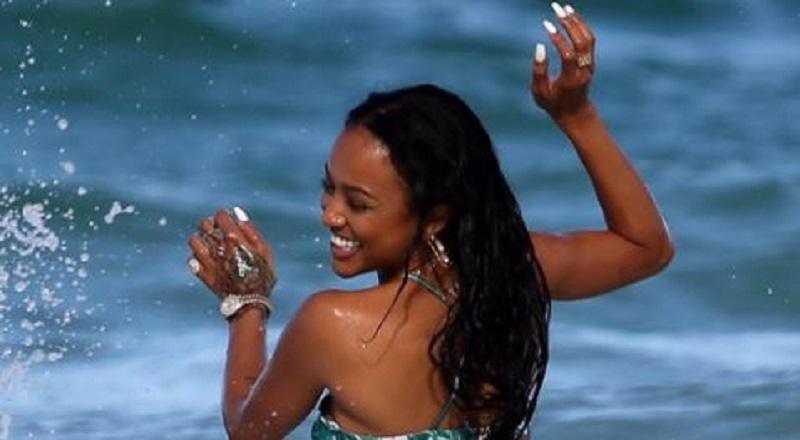 Despite her past affiliations, Karrueche Tran always resented being called out for them. Not to mince words, people knew her best for being the ex-girlfriend of Chris Brown. But, she is also an actress and played on popular web show, “The Bay.”

However, this past summer, Karrueche Tran has moved into primetime television. Alongside Niecy Nash, Karrueche plays in “Claws,” TNT’s new hilarious drama. With this new success has come new chances at love.

Since early this year, Karrueche Tran and Quavo from Migos have been spotted together. Several social media blogs have spotted them and they have left vague comments, themselves, too. But, Karrueche confirmed their relationship, this morning, with a post and delete of Quavo’s face with “I love you” as the caption.

More in Hip Hop News
Masika was sooo petty tonight, on #LHHH; Fans are calling her childish and wide + Don’t like her lips or her implants, calling her “manly”
Alexis Sky turns up with Zell Swag, in the club, and clowns Masika on Snapchat, telling her to “Get those boobs fixed sis” [PHOTO]