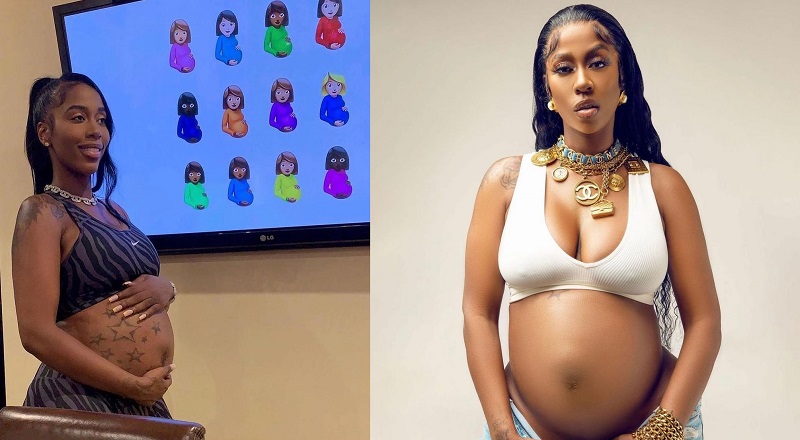 Over the past six years, Kash Doll has been a force in the game. She built a cult following, although she hasn’t had the commercial success of some of the others. Via “BMF,” she is becoming a household name to all of those who didn’t previously know her.

Kash Doll making her major acting debut is coinciding with her expecting her first child. For some time, she and Tracy T have been dating, so they decided to take the next step in starting a family. On the “BMF” premiere red carpet, she unveiled her baby bump.

Often, Kash Doll is criticized for random and weird things, such as faking her age. Now, fans are accusing her of faking her pregnancy, seeing how her stomach tattoos are not visible, in her maternity photos, like airbrushing and makeup don’t exist. Responding to those people, the “BMF” star said people will say anything on these apps and she no longer cares.

More in Hip Hop News
Summer Walker Says She is Making Announcement, on 2-Year Anniversary of “Over It” Album
Deyjah Harris blasts fans for mentioning T.I. and Tiny, when she posted pics of her mom, Ms. Niko, celebrating her 41st birthday, asking why can’t people just enjoy the photos