Home » Hip Hop News » Kash Doll is NOT beefing with Cardi B, despite the rumors, as she tweets that she is not beefing with anyone 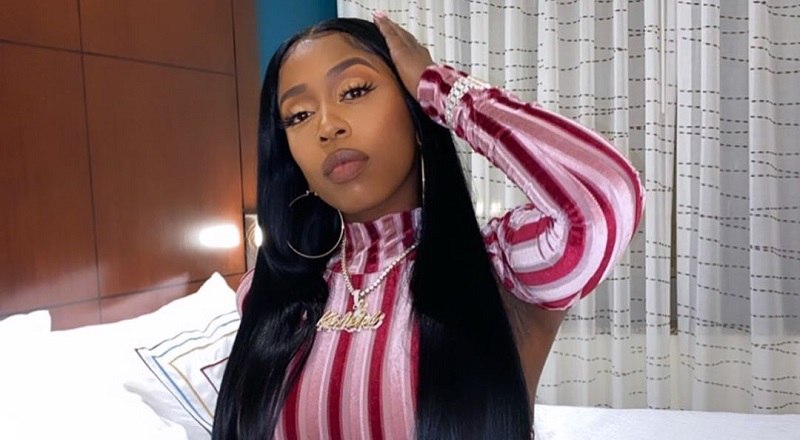 Recently, Kash Doll was the subject of rumors, as there was speculation of her and Cardi B beefing. The two began making noise, at the same time, with Cardi B having the more-successful career. But, recently, Kash Doll began dating Pardison Fontaine, aka Pardi.

Pardison Fontaine helped Cardi B create many of her biggest hits, working with her during the incredible 2017 run. But, rumor had it that there was beef with Kash Doll and Cardi B. Because of that alleged beef, there were claims that Cardi blocked Pardi on Instagram.

Kash Doll took to Twitter to confirm there is nothing true about any of those rumors. Not mentioning names, because she didn’t need to, Kash made it clear she has no beef with Cardi B. When someone, a fan, tried to call Kash Doll out, on Twitter, she told them that she’s not beefing with anyone.

Continue Reading
You may also like...
Related Topics:cardi b, kash doll, pardison fontaine

More in Hip Hop News
Big Sean and Jhene Aiko are relationship goals, according to Twitter, after seeing them at the #RocNationBrunch, as men say F Big Sean after seeing how big Jhene’s breasts have gotten, with some saying it’s just the bra
Ari ran into Megan Thee Stallion at the #RocNationBrunch and tweeted about people being catfish; Twitter thinks Ari dissed Megan and they’re going in on her, now + Her, Megan, Gervonta, and Moneybagg were all there together