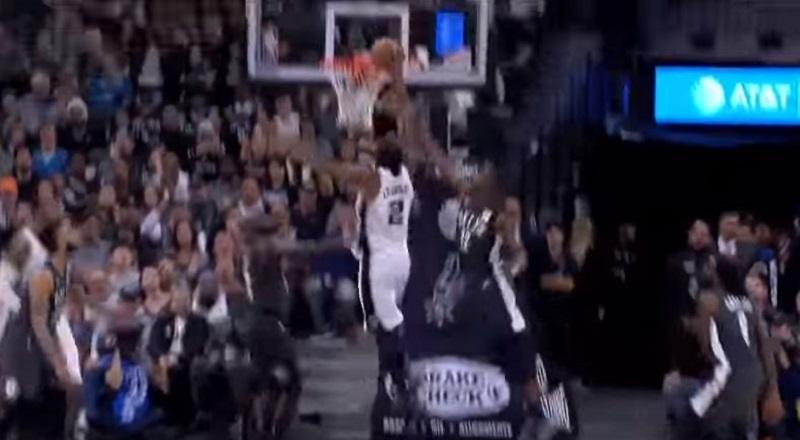 Until this past season, no team looked better prepared for the future than the San Antonio Spurs. During the Tim Duncan era, the Spurs built a reputation for being a hard-nosed, organized, team. The Spurs weren’t flashy, outside of Tony Parker, but they got the job done.

In the early 2000s, they were the only team capable of stopping the popular Shaq/Kobe Lakers. By the mid-2000s, they were dominating the Steve Nash-led Phoenix Suns. Even in the 2010s, they formed a rivalry with LeBron James’ Miami Heat.

Those 2014 NBA Finals saw Kawhi Leonard put himself on the map, as he won Finals MVP. By 2017, Tim Duncan was retired and Leonard’s Spurs looked like the only team capable of beating Golden State. In the year since then, Kawhi went down with injury, essentially refused to play, and is forcing his way out of San Antonio, and now he’s eligible for the supermax extension, leading some to believe a sign-and-trade is coming.

More in Hip Hop News
SPOILER ALERT: Teresi is setting Tommy up, so he can use info he gets on Tommy, to get himself out of prison; #PowerTV fans tell Tommy to follow his gut instincts
Is Beyoncé Pregnant? The Internet Apparently Thinks So