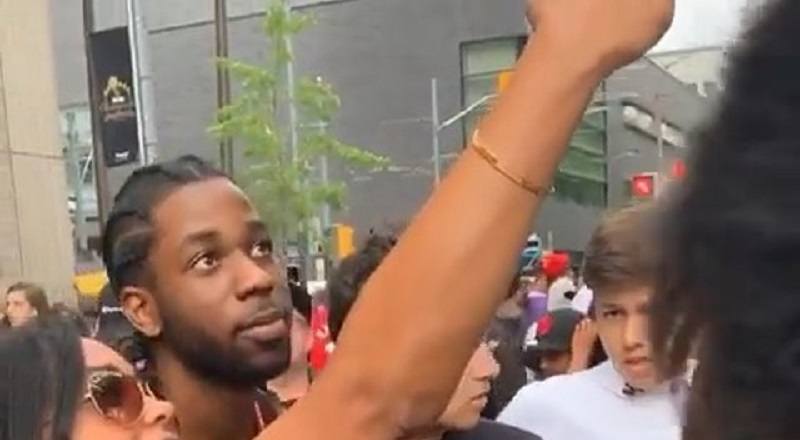 A few years ago, few people saw Kawhi Leonard being a true NBA star, but he worked at it, and proved it. Once Tim Duncan retired, it was believed that Kawhi Leonard would lead the Spurs in the 2020s. It was unheard of to believe he would do any different.

Meanwhile, the Toronto Raptors were led by DeMar DeRozan, and nobody saw that changing. An encounter with the Golden State Warriors led to Kawhi Leonard leading the Raptors to their first-ever championship. That was at the Warriors’ expense, by the way.

Not only did the Raptors’ championship celebration include a shooting, which left four impacted, but there was also an impersonator. A man with braids pretended to be Kawhi Leonard. Seeing how he didn’t look anything like Leonard, it shows how casual Toronto basketball fans are, but he took a ton of selfies.