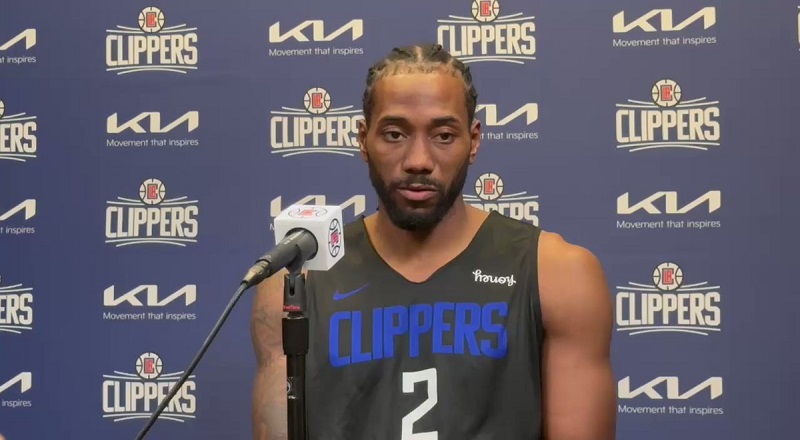 Kawhi Leonard says he is not a fan of watching basketball

Kawhi Leonard is not the typical NBA star. After he led the Toronto Raptors to their only championship, Leonard showed almost no emotion. Many questioned if he would stay, or leave to join the Los Angeles Clippers. Leonard wasted no time joining the LA Clippers, despite hinting that he could stay in Toronto.

Kawhi Leonard also hinted that he could join LeBron James with the Los Angeles Lakers. Ultimately, Leonard joined the Clippers. When Paul George was also traded over, they began doing their own thing. Before the 2020 lockdowns, the Clippers were starting to look like favorites to win the NBA title. After all, the Warriors were out of commission, and they had the Lakers’ number.

Kawhi Leonard has been injured since the 2021 NBA Playoffs. Ironically, the Clippers made franchise history, that year, when they upset the Utah Jazz to go to their first ever Western Conference Finals. All history ended there, as Devin Booker and Chris Paul’s Phoenix Suns ended the Clippers in six games. Finally back on the court, the Clippers take on the Lakers tonight. When Leonard was asked if he watched the Lakers’ opener, vs. the Warriors, he revealed he doesn’t watch basketball. Leonard told reporters “I don’t watch basketball like that.”

Kawhi Leonard says he is not a fan of watching basketball

Kawhi on if he watched the Lakers game yesterday pic.twitter.com/9cWuIom23E

More in Hip Hop News
Tyler Perry fired his entire accounting staff, after discovering the IRS owed him $9 million, due to overpayment
21 Savage brings out Drake to perform, during Spelhouse homecoming concert [VIDEO]