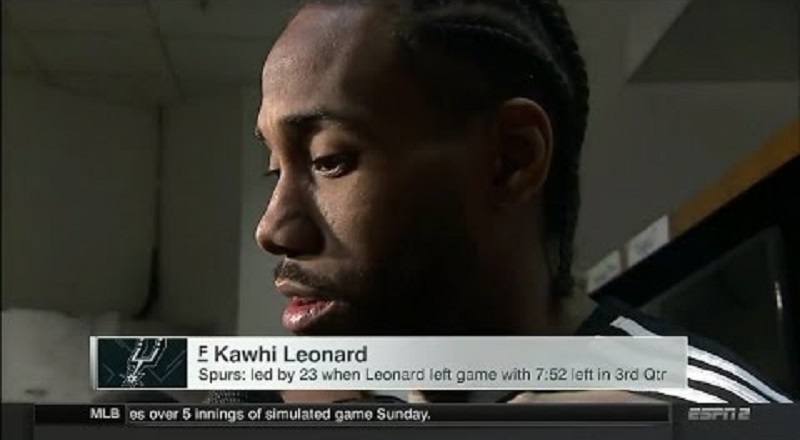 Few people, outside of the Golden State Warriors’ organization and their fans, can deny Kawhi Leonard going down directly led to the Spurs losing Game 1. But, the win came fair and square, so all folks can do is move on. The reality is that San Antonio still lost.

Immediately following Kawhi Leonard leaving the game, Steph Curry sparked a 16-0 Warriors’ run. Still, there was a period where the Spurs battled and maintained a decent lead. But, in the end, there was too much Curry and Kevin Durant to stop the Spurs from winning.

Kawhi Leonard spoke to the press, following Game 1. Fans of the Spurs and Warriors’ anti-fans blame Zaza Pachulia and his “intentional” foul/injury for putting Kawhi down. During his post-game interview, Kawhi Leonard said he would need to see the actual play to determine exactly what happened.