Home » Hip Hop News » Kawhi Leonard to the Toronto Raptors and DeMar DeRozan to the Spurs; Twitter finds this hilarious, saying Pop did this all because Kawhi was a cry baby, but hopes Toronto doesn’t get finessed, and fans also have LA jokes 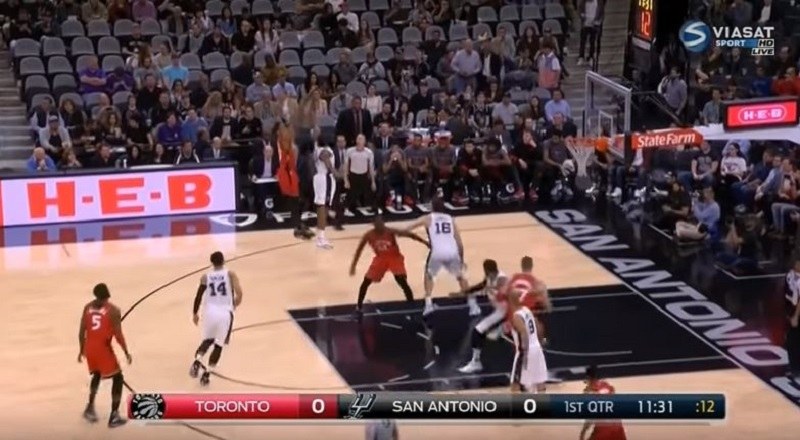 It looks like this one is official, DeMar DeRozan is headed to San Antonio and Kawhi Leonard is a Raptor. Stranger things have happened, but who saw this one coming, one year ago. In the 2017 playoffs, the Spurs looked like the only team capable of beating GSW.

Halfway through Game 1, Kawhi Leonard had the Spurs up by nearly 30 points, over Golden State. But, Zaza Pachulia not only saved the game with his controversial play, he derailed the Spurs for the next year. This whole thing boiled down to Kawhi Leonard wanting out.

Kawhi Leonard has expressed his desire to play for the Lakers, especially with LeBron James now being there. But, the Kawhi Leonard trade has him headed to Canada, in exchange for DeMar DeRozan, the best Toronto Raptor in history. Fans on Twitter are sad for DeMar and say they hope the Raptors don’t lose this rental.

Read the tweets about Kawhi Leonard and DeMar DeRozan below:

More in Hip Hop News
Magic Johnson is doing an interview, at the #SummerLeague playoffs, about the new-look Lakers, but all the fans care about is the hot blonde sitting behind him
Scott Storch opens up on how he lost $100 million, Lil’ Kim, and breaks down his list of hits on Hot 97 [VIDEO]