Home » Hip Hop News » Kawhi … SMH; The Spurs fans trash Kawhi Leonard, on Twitter, for not even being at the Warriors vs. Spurs Game 1, #NBAPlayoffs, and fans say he’s probably at home playing Fortnite #GoSpursGo 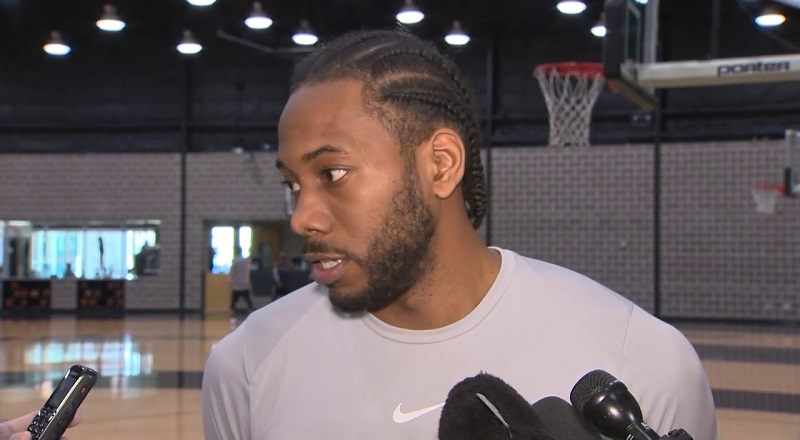 A year ago, nobody would have expected Kawhi Leonard to be on the outs with the Spurs. He is living proof that the Spurs are the super franchise, the franchise of all franchises. How are the Spurs moving past the Tim Duncan era?, Kawhi Leonard.

In 2014, while Tim Duncan/Manu Ginobili/Tony Parker were still a force, it was Kawhi Leonard that emerged as a leader. He was the one that led the win over the Miami Heat, winning Finals MVP. Four years later, he won’t even play, after being cleared from injury.

Gregg Popovich said Kawhi’s “group” hasn’t cleared him, yet, which is why he isn’t playing. But, he’s obviously frustrated, and the Spurs fans are heated, watching the Warriors, WITHOUT Steph, still blow them out. They have been all over Twitter, trashing Kawhi Leonard for not even coming to Oakland, for the game.

Read the tweets about Kawhi below:

More in Hip Hop News
Swaggy P shows up to the NBA Playoffs not even wearing pants; Twitter says he’s a fool for rocking a white tee, boxers, and a silk robe, never fails to entertain #SpursWarriors #NBAPlayoffs [VIDEO]
Azealia Banks claims she was raped, on her IG Story, #PostAndDelete, saying “Lowkey just got raped” and that someone drugged her [PHOTOS]