Home » Hip Hop News » Kayla Nicole has Travis Kelce sliding in her IG comments, as Kayla flirts with him, shutting down rumors of them having problems 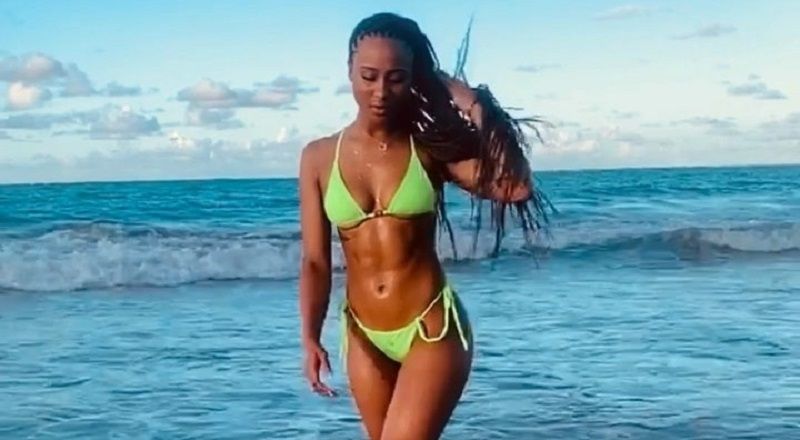 Even in the fickle day and age of social media, a lot of people felt it was too much for a couple to breakup over a post. But, with how crazy things are becoming, it wouldn’t be THAT surprising. However, it doesn’t look like that’s what’s going on, here.

Kayla Nicole is posting on Instagram, the usual. While Travis Kelce didn’t make a post for her, he was quick to let his woman know how fine she was. Sliding in her comments, Kayla shut down any rumors of them being in trouble, with her flirting back with him, asking him to call her, sometime.